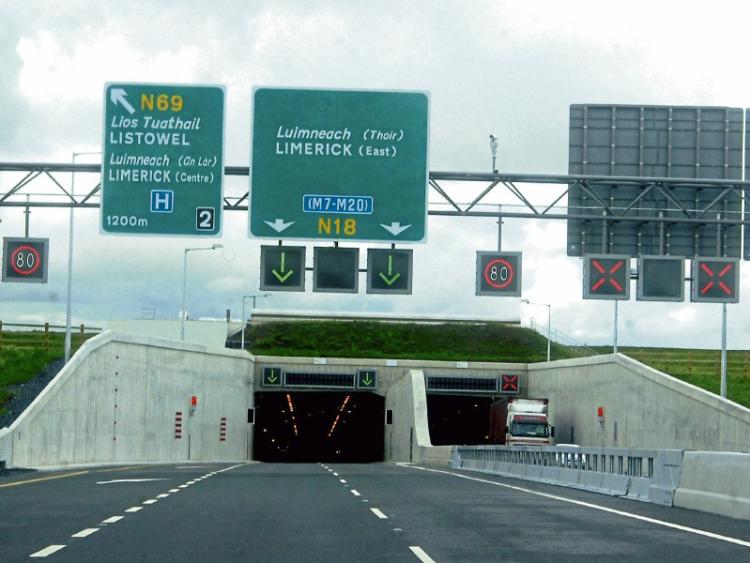 Limerick Tunnel. A man was paid €158,000 damages when he was injured during its construction

A POLISH man who lost 30% of his left hand while working on the excavation of the Limerick Tunnel in 2008 has been awarded €158,000 by the High Court in damages.

He came to Ireland in 2007 after being recruited in Poland to work as a carpenter on the construction of the Limerick Tunnel.

His hand was injured when he was employed by O’Neill Brenndan Ltd to work on behalf of Strabag at a site under its control during the excavation of the Shannon Tunnel, later known as the Limerick Tunnel.

The accident occurred at around 4.30pm on April 23, 2008 while he was using an electric saw to cut wood. It resulted in him losing half of his first finger, a third of his ring finger and some lesser damage and scarring to his middle finger and his little finger.

His doctor, Michael O’Shaughnessy, a consultant plastic and hand surgeon, described the overall effect of the accident as a loss of function of approximately 30% in the plaintiff’s left hand.  There was no eye witness evidence given regarding the incident.

The injured party maintained that the state of the ground was “wavy”, as concrete had been laid on the bed of the River Shannon, before the river was drained.

It was asserted that concrete when it sets in the vicinity of water can be “wavy or uneven as a result of the movement of the water, unlike concrete which is set in dry conditions”.

Based on the evidence available, the Court concluded that, on the balance of probabilities, he was standing beside the saw, rather than walking towards it, when he lost his balance in some way because of the uneven ground.

The court found that the defendants were negligent for failing to provide a safe place of work for the plaintiff. But is also found the plaintiff guilty of 25% contributory negligence and so the following awards are subject to a 25% deduction.