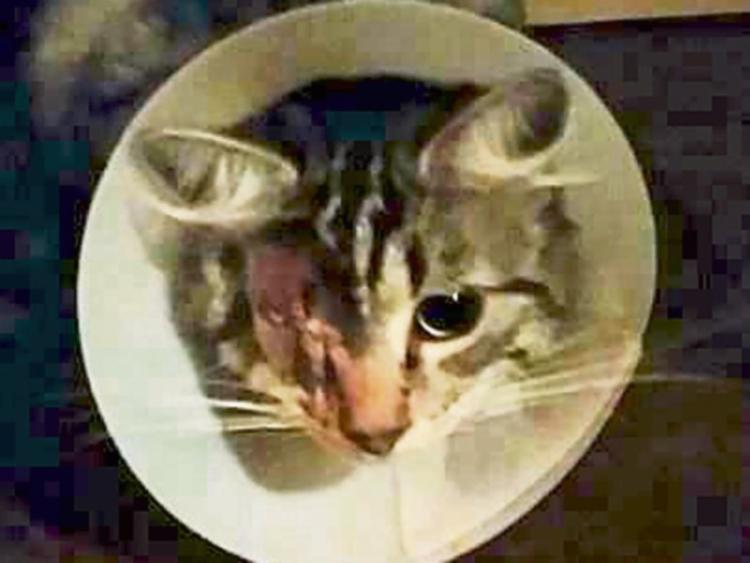 A LIMERICK woman whose cat was shot by an air rifle and subsequently hit by a car is warning pet owners and parents to be vigilant.

Leonora Lane said that her cat was shot near her home and was subsequently hit by a car while still in shock from the attack.

“The power behind the air rifle alone—my animal was hit, but it could have easily been my children as well,” said Leonora, who lives in Beverly Close near Raheen Foodstore.

The cat, named Thor, lost his eye from the impact of the car, and had to be kept in a veterinary hospital overnight for the treatment of injuries from both incidents, which happened last week.

It is suspected that Thor was shot directly before being hit by the car.

“It looks like he got shot, he ran for his life and got hit by a car on the way home in fright,” said Leonora.

Ms Lane said that she is certain the weapon was aimed at Thor, as the wound is “between the shoulder blades; so yes, without a doubt”.

Leonora has two children, aged 10 and six. Since the attack on her cat, she is concerned for the safety of children in the surrounding areas.

“If that bullet went into somebody’s eye, they’d have lost it, or into a child’s head, or it could hit somebody driving a car - you just don’t know the consequences, but there always are consequences to your actions,” she said.

Ms Lane said that the attack on the family’s beloved cat has been difficult, especially on the children.

Her daughter hasn’t slept properly since the incident: “Thor got home - how he got home, we don’t know - and he went under her bed. She found him in a pool of blood under her bed, and she’s been having nightmares since,” she said.

“I’m just gutted this happened to my little pet. He’ll never be the same, I have a disabled cat now, and I’m down €470,” she added.

Ms Lane said that the bill was a shock, but praised the Crescent Veterinary Clinic for their quick response.

“They took him the minute I went in the door, and they were brilliant with the kids, who were traumatised. They saved his life,” she said.

Thor is now missing one eye and nursing two wounds from the pellets that entered the back of his neck.

“He can only look out from one eye, he has a cone on. He’s very upset in himself, but he’s on medication for pain relief.”

The incident was reported to Gardai, and Leonora is warning people in the Dooradoyle and Raheen areas to remain cautious when letting pets and children out.

“I'm absolutely gutted that any human would do this on my doorstep,” she said.

“It’s very serious, that someone’s going around with an air rifle, it’s not acceptable,” she added.