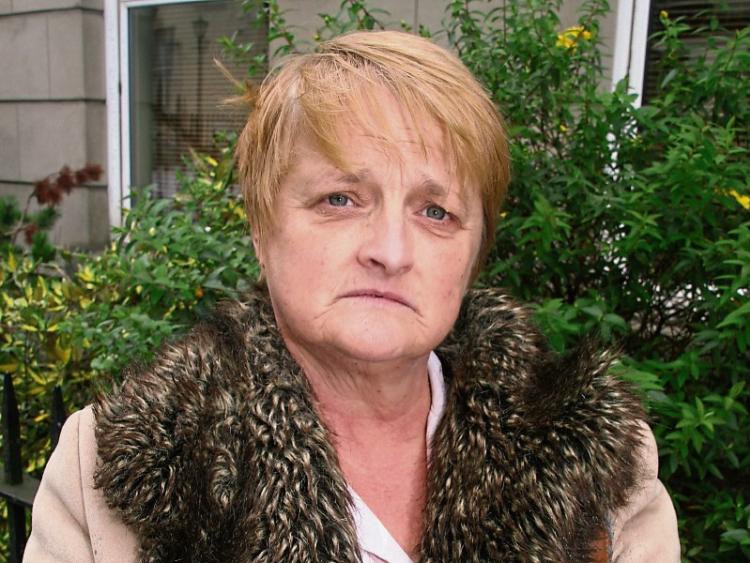 A WOMAN has spoken out about her family’s “nightmare” at University Hospital Limerick, after her husband spent 52 hours on a trolley in A&E, and spent almost a week in a ward waiting for an MRI scan.

Anne Clancy, of Broadford, Clare, told the Limerick Leader that, on September 12, her husband Tom was admitted to the emergency department in Dooradoyle after a serious fall. She said that Tom, 63, who is originally from Ballynanty, suffers from high blood pressure, irregular heartbeat, and had a mild stroke last November.

Despite being unconscious for 30 minutes before arriving at UHL, Tom did not get a hospital bed for another three days, spending 52 hours on a trolley.

She said, because the hospital did not have enough trolleys, they “had to bring chairs down from the wards for patients to sit on. The staff are working under such tough conditions”.

According to figures released by the Irish Nurses and Midwives Organisation, September was one of the hospital’s worst months for overcrowding, as 825 patients were treated on A&E trolleys and additional trolleys or beds in the wards.

Last Thursday, Mr Clancy had a fall in the wards while visiting his daughter, Shona, who was also being treated at UHL. Immediately brought to A&E, the father had to wait 25 hours before being admitted to a bed. Waiting for an MRI scan, he did not get one done until this Tuesday.

Shona, 21, also endured a delay. She spent three days at UHL before a doctor put in a request to get her seen by an ears, nose and throat doctor, on Tuesday, September 27.

“The doctor was happy to leave Shona go home on the Tuesday, provided she saw a doctor from the ears, nose and throat department. They thought she had vertigo and, seemingly, that is the only department that can diagnose or confirm vertigo.

"They put in a request to see her on the Tuesday, and nobody came up to see her until the following Friday. The doctor was with her, for 20 minutes to 30 minutes.”

Though she commended the staff, she said that her daughter found the experience “very upsetting. She wanted to go home”.

“Somebody else could have been using that bed,” she added.

Anne’s daughter, Jennifer, told the Leader that it was a “distressing” experience looking after Shona and Tom, who were in separate parts of the hospital, on Thursday and Friday.

“They can’t cope with the amount of people coming into the hospital, so we had Dad downstairs and Shona upstairs, and we had no idea what was going on with the two of them at the time.”

This Tuesday, Anne and Jennifer expressed concern about leaving Tom by himself in the ward, while waiting for his MRI scan.

Jennifer said this Tuesday: “We don’t know if he is going to be on his own, if I will be there or if Mam will be there. He’ll just be called. The way he is, he can’t be left unaided, he can’t get out of the bed by himself.”

“They can’t physically work any faster than they are going. I don’t know how they aren’t coming to burn-out. They need to get staff in there to deal with the patients that are coming in. They should never have closed the hospitals until they were ready to take everybody into one place.”

A spokesperson for the UL Hospitals Group said that it was unable to comment about individual patients due to patient confidentiality, but added that it “regrets that any patient had to face long waits in our ED during busy periods”.

A new A&E is due to open next May.

“Once built, the experience of our ED patients will improve immeasurably in terms of comfort, privacy and dignity.”

The spokesperson added the ENT department provides an “urgent referral system” for patients in A&E.

“Upon clinical examination if the patient is deemed not to be urgent, then the patient can be referred to a dedicated ENT Outpatient Clinic, this ensures that patients are seen in clinical priority.”