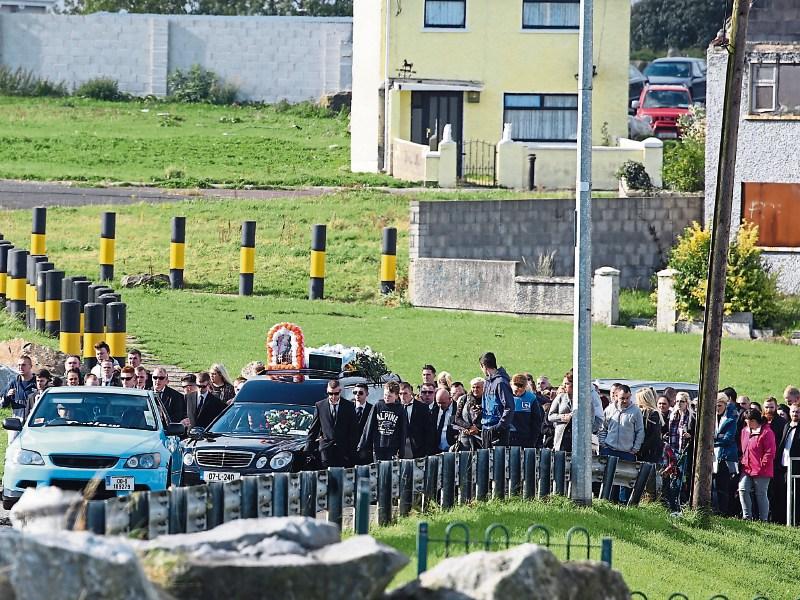 THE funeral has taken place of a convicted Limerick criminal who lost his life in a single vehicle accident in Fedamore.

Christopher ‘Guna’ Curtin, 22, of Salvia Court, Keyes Park, Limerick city suffered fatal injuries when the car he was travelling in as a passenger left the road and struck a ditch on the Fedamore to Limerick road shortly after 2am on Tuesday morning.

He was pronounced dead at the scene.

The Southill man has been described as being “well-known to gardai” and had around 40 previous convictions.

The driver of the car, a woman aged in her early 20’s, received minor injuries and was taken to University Hospital Limerick. No other injuries were reported.

He was laid to rest in Mount St Oliver cemetery.