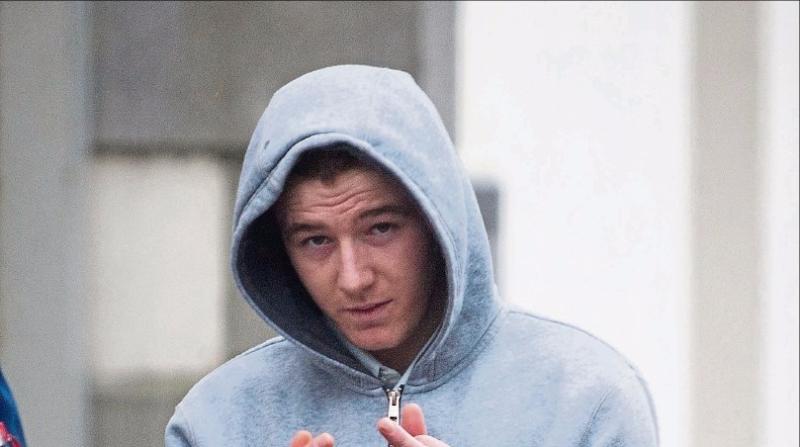 Christopher Curtin, Southill, pictured in 2012. He was killed in a crash in Fedamore this Tuesday

A CONVICTED Limerick criminal lost his life in a single vehicle accident in the county this week.

Christopher ‘Guna’ Curtin, 22, of Salvia Court, Keyes Park, Limerick city suffered fatal injuries when the car he was travelling in as a passenger left the road and struck a ditch on the Fedamore to Limerick road shortly after 2am on Tuesday morning.

He was pronounced dead at the scene. His body was taken to University Hospital Limerick for a postmortem.

The Southill man has been described as being “well-known to gardai” and had around 40 previous convictions.

The driver of the car, a woman aged in her early 20's, received minor injuries and was taken to University Hospital Limerick. No other injuries were reported.

The road at Carnane was closed to facilitate a garda forensic collision investigation and diversions were put in place.

Gardaí are appealing for witnesses and anyone with information, particularly those who travelled the R511 close to Fedamore between 1am and 2.20am this Tuesday morning to contact them at Roxboro Road Garda station on 061-214340, the Garda Confidential Line, 1800 666111 or any garda station.

In 2012, while he was the subject of a garda manhunt, Curtin walked into Limerick circuit courtroom wearing shades to attend his sentencing hearing for burglary at the home of a prominent solicitor.

Curtin, then aged 18, had escaped from custody two days previously as he was brought to prison on remand.

He was subsequently jailed for three years, with the final year suspended, after pleading guilty to burglary at the home of solicitor Turlough Herbert, a former Limerick hurler.

Curtin was one of three men who broke into Mr Herbert's home at Sallymount, Castleconnell, on May 5, 2011.

Mr Herbert had confronted the three burglars and was bitten by one of them, not Curtin.

In 2013 Curtin was convicted at Limerick Court of multiple road traffic offences relating to an incident in June of that year.

At one point the vehicle left the N18 and while being driven by Mr Curtin down a narrow road in an attempt to evade capture narrowly missed two pedestrians who were pushing a buggy.

Curtin then proceeded to drive around the back of a house near Cratloe where two young children were playing at the time.

Garda Tierney said both the pedestrians and the mother of the two children were “extremely traumatised” following the incident.

After convicting the defendant in his absence, Judge O’Kelly described the incident as “the most outrageous piece of driving” and he said the actions of Curtin had “exposed a number of totally innocent persons to extreme danger”.

Meanwhile, funeral arrangements have been announced for the Southill man.

Reposing at Cross's funeral home on Wednesday from 4.30pm with removal at 6.30pm. Requiem Mass at Holy Family Church on Thursday at 11am. Burial afterwards in Mount St Oliver Cemetery.