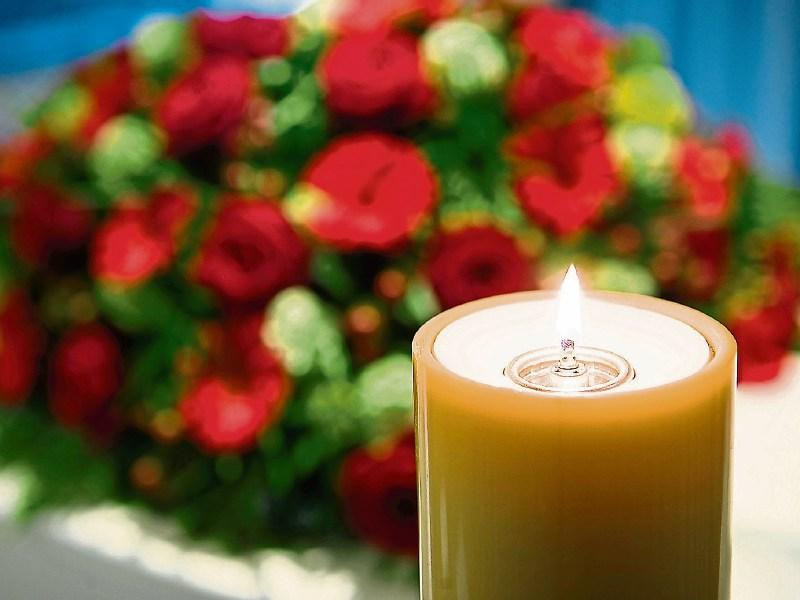 THE death has occurred of Miriam O’Brien (née McMahon), late of Carlisle Terrace, O’Connell Avenue and Athlunkard Nursing Home, on October 2, peacefully at University Hospital Limerick, surrounded by her family.

Reposing at Thompson’s Funeral Home, Thomas Street this Tuesday evening from 5pm to 6pm followed by removal to St Joseph’s Church, O’Connell Avenue. Requiem Mass on Wednesday at 11.30 followed by private cremation on Thursday. Family flowers only. Donations if desired to the Irish Heart Foundation.

Rona Wall (née Durnin) passed away peacefully at her residence on October 2.

The death has occurred of Catherine Colbert, Abbeyfeale and O’Connell House, Newcastle West, in the loving care of the staff at Killeline Nursing Home.

Funeral arriving at Church of the Assumption, Abbeyfeale on Thursday for 11am Requiem Mass. Interment afterwards in St. Mary’s Cemetery, Abbeyfeale.

The death has occurred of Angela Kelly (née Glynn) of Fohenagh, Ahascragh, Galway, and late of Flood Street. Predeceased by her husband Paddy Kelly (former mayor of Limerick) brothers Michael, Sean, and Finny.

The death has occurred of Seán Meehan, Glendale, Old Singland Road and late of 49 Fairgreen, Limerick city. Husband of the late Peggy.