Paul O'Connell's The Battle to hit bookshops this week 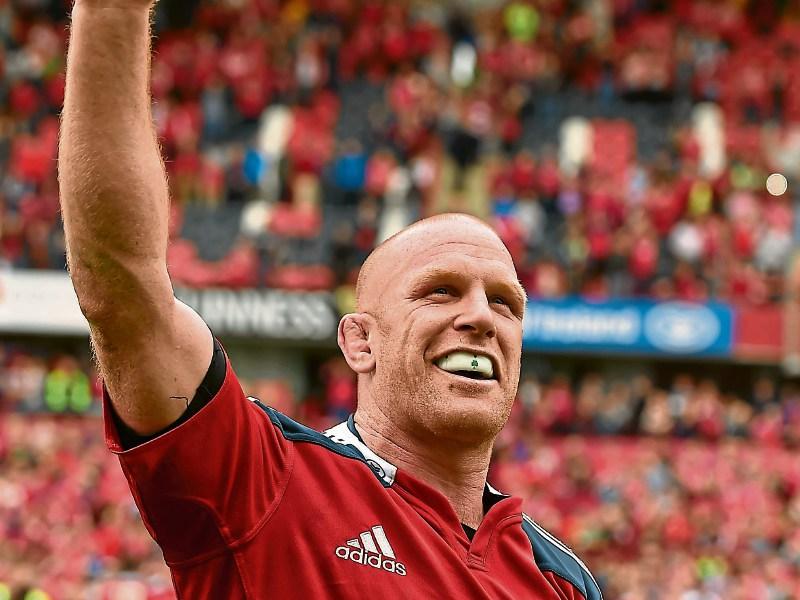 Paul O’Connell will release his autobiography on Thursday

COINCIDING with the release of his much anticipated autobiography, Paul O’Connell will be signing copies of the book, The Battle, in O’Mahony’s bookshop this Sunday at 2pm.

The former Munster, Ireland and Lions captain is also to make an appearance on the Late Late Show this Friday night to discuss the book which hits bookshelves this Thursday.

Paul has described The Battle, published by Penguin Ireland, as “the full story. I think it’s very honest and I hope people will enjoy it,” he said.

Extracts from the book will be published in LeaderSport, the sport edition of the Limerick Leader, this weekend.

The extracts are to focus on Paul’s early days playing rugby with his beloved Munster.

In the book the 36-year-old admits that Joe Schmidt was the greatest standard setter he played under across his illustrious career.

He also speaks about the positive influence former Munster and Ireland hooker Jerry Flannery had on his game.

The Battle has been ghost-written by Alan English, former editor of the Limerick Chronicle and Limerick Leader and recently appointed editorial director of Iconic Newspapers.