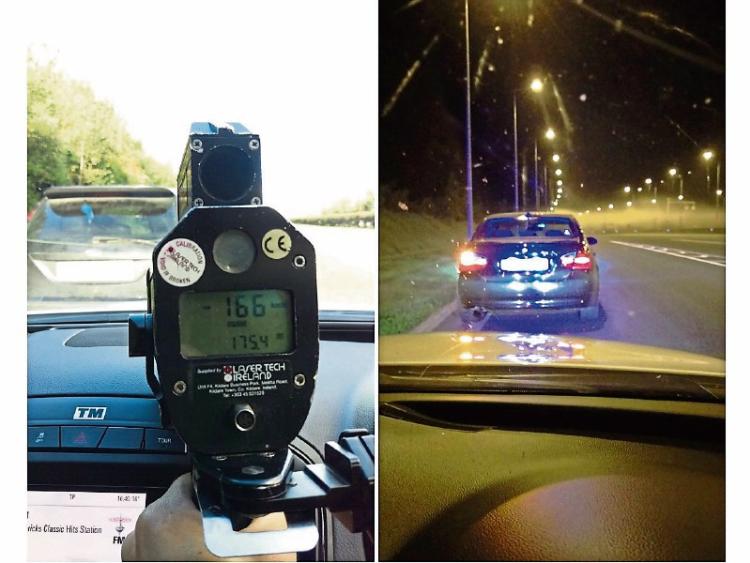 A MOTORIST who was caught driving more than 50kph above the speed limit is to face prosecution in the district court for not having motor tax.

According to the gardai, the offender has been issued with a €80 fine after they were detected driving on the outskirts of the city at 156kph in a 100kph zone.

In a tweet on the @gardatraffic account, it was confirmed the vehicle, which appears to be a dark-coloured Nissan, was impounded.

Limerick - Car stopped for 156kph in 100kph zone. No tax
since June 15. Car impounded. Fcn issued for speed and summons for no tax. pic.twitter.com/WbqwQXIf4F

Separately, the driver of an SUV has also been issued with a €80 fine for speeding on the M20 near the scene of two serious collisions in recent weeks.

According to gardai, the driver was detected driving a black Ford at 166kph – 46km above the speed limit.