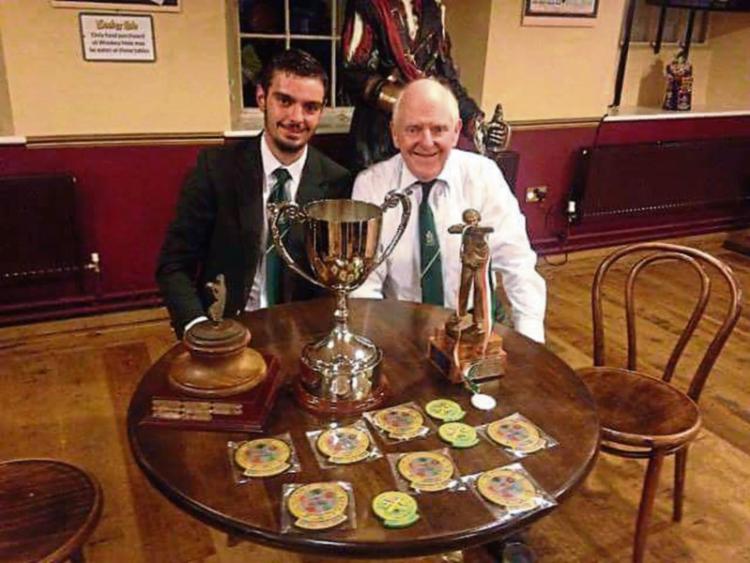 RATHKEALE’S Ian O’Sullivan has confirmed his status as one of the stars of the shooting sports scene after winning the British Grand Prix at the weekend.

The 20-year-old overcame some of the world’s top shooters, including an Olympic medallist, to claim top prize in the prestigious Olympic trap shooting event.

The victory came just a week after Ian and his grandfather Billy both came home with silverware from the Home International competition  where they competed against the best clay pigeon shooters in Ireland and the United Kingdom. Ian won the junior competition, while Billy, 69, won the Super Veteran section.

“I am delighted - thrilled with it,” Ian said of his Grand Prix win.

“The British Grand Prix is the biggest trap event in Ireland and the UK. Most of the people who would have won it before would have shot in the Olympics or have Olympic medals.”

Trap shooting involves hitting clay targets fired at high speed from any one of a number of traps located 16 yards away from the shooter.

A total of 145 competitors started off but in the end it came down to a tie between Ian and two others - Olympic bronze medallist Ed Ling and former winner Aaron Heading. A shoot-off ensued with Ian emerging the winner, hitting all 25 of the targets.

“It was nice to win it in a shoot off, especially with a big crowd around watching,” he said.

Ian’s father Brian said they were all delighted with his victory.

“We had a great weekend. This is the big one. To win the English Grand Prix in Olympic Trap is huge,” he said.

It is just the latest championship for the young Rathkeale man who has his sights firmly set in the Olympics in Toyko in 2020.

Two years ago, when he was just 18, Ian won the Junior Men’s Trap event at the World Championships and last year, he claimed bronze at the European championships.

His grandfather Billy is one of the stalwarts of the sport of clay shooting in the country having represented Ireland every year since 1983.