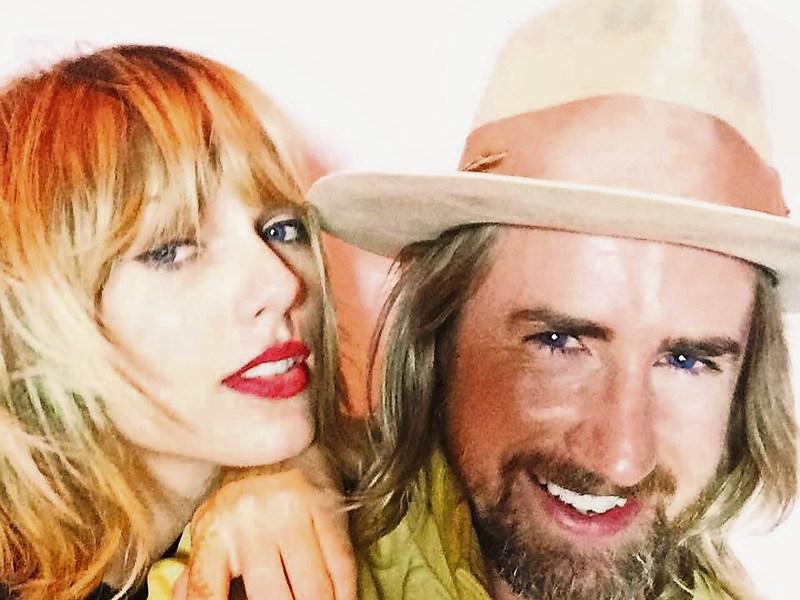 A LIMERICK hairstylist has made the cut among the biggest celebrities in Hollywood as he is the man behind superstar Taylor Swift’s brand new hairstyle.

Gareth Bromell, who is originally from Castleconnell, travelled to the singer’s home to style her hair, which only took him half an hour to do.

“Taylor wanted a bit of a change with her fringe and her bangs and the style of it.

“What’s really modern at the moment is the shag hairstyle, which is a really heavy fringe chopped into at the ends with a bit of layering through it.

“That’s what Taylor and I talked about and that’s what I did for her,” he explained.

“Liberty Ross is a friend of mine and I was invited to the birthday party. I was there with my friends and Taylor was there and we were chatting and had a dance. She is a beautiful, humble, amazing girl,” he recalled.

The well-established hairstylist is the son of former winger Mick Bromell, who played with Thomond RFC from a young age, had an established career at senior level with the Bohemians and represented Munster from 1976 to 1978.

“Without a doubt I am very proud of my son. He’s fantastic. It’s great for the village in Castleconnell,” said Mr Bromell, who retired from rugby in 1992.

The 34-year-old began his hairstylist career in Limerick when he was 15 and there he worked with Hugh Campbell, Toni and Guy and Frank Slattery. He has never forgotten his Limerick roots.

“I love coming home and visiting Limerick. I come home two or three times a year to visit my mum and dad and I still have a lot of friends there as well,” he said.

After five years of working in Limerick, he then went on to London where he got introduced to the fashion industry, working under UK stylists Daniel Hersheson and Paul Hanlon.

Following nearly 10 years of working in London, he eventually got a job in Los Angeles.

“When I got to LA I worked with Neil Weisberg and Amanda George at the Neil George hair salon in Beverly Hills.

“I worked there for four years until I met my agent. I’m now represented by the Art Department Agency in New York,” he explained.

He is now a sought after hair stylist who has worked on fashion shows in Milan, Paris and New York and travels all over the world for his work. He has also assisted on fashion photo shoots and worked on Gucci campaigns.

He works between the Marie Robinson hair salon in New York and the Meche hair salon in LA, where he works with celebrity colourist Tracey Cunningham, who colours the hair of every single A-List woman in Hollywood.

Women from all over the world chose Mr Bromell to style their hair. His hairstyles stay in shape for a whole year, with prices starting at $350.