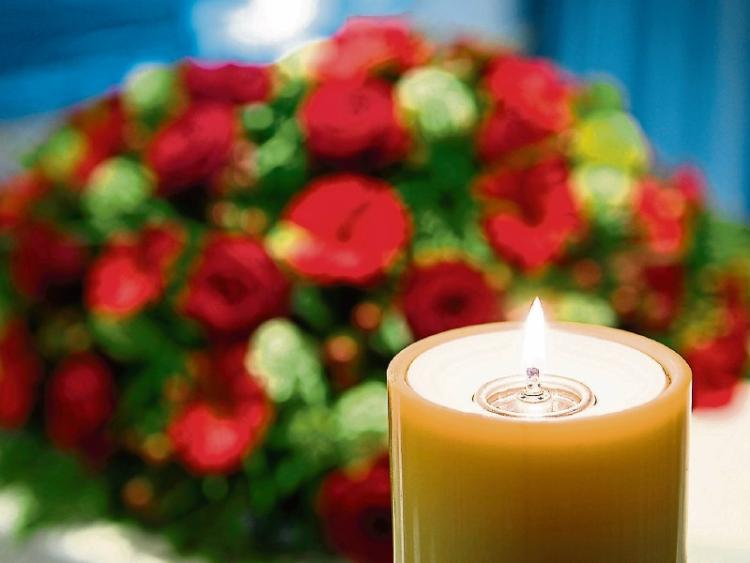 THE death has occurred of Mary Murray (née Daly), of Lisbane, Shanagolden and Kilscannell, Ardagh.

Arriving at St Colman's church Kilcolman on Friday for 11am mass. Interment afterwards in Kilbradren cemetery.

The death has occurred of Kathleen P. Murray (Phyllis) (née Ryan), of Blackrock, Co. Dublin and formerly Limerick, peacefully on September 27 in the outstanding care of the staff in the Evergreen Unit, Belmont Nursing Home.

Beloved wife of the late Michael and much loved mother of Liz (Lenahan), Anne (O’Keeffe) and Michael. She will be sadly missed by her family, sons-in-law Barry and Joe, grandchildren Roy, Vanessa, Luke, Rachael, Mark, Andy, Bryan, Jodie and six great-grandchildren.

Removal to the Church of St John the Baptist, Blackrock on Saturday morning, October 1, arriving at 9.50am for 10am Funeral Mass, followed by burial in Deansgrange Cemetery.

Annie Moloney (née Crowe) of Newtown, Pallasgreen died on September 28, peacefully at her home. Predeceased by her husband Timothy, sons Michael and Richie.

Reposing at Ryan's Funeral Home, Pallasgreen, this Thursday evening at 5.30pm with removal to her home at 7.30. Requiem Mass on Friday in Oola Church at 11.30am with burial afterwards in Doon Cemetery. House Private please on Thursday evening.

Reposing this Thursday evening from 6pm at Daffy’s Funeral Home, Kilmallock followed by removal at 7:30pm, with funeral to arrive at 8:30pm to St John the Baptist Church, Hospital. Funeral Mass Friday at 11:30am, with burial afterwards in Kilmallock Cemetery.

Reposing at Thompson’s Funeral Home, Thomas Street on Thursday evening from 5.30pm to 7pm followed by removal to St Munchin’s Church. Requiem Mass on Friday at 11am with burial afterwards in Mount St Oliver Cemetery.

The death has occurred of Tom Cullen, of Cliona Park, Moyross. Tom died peacefully at Milford Hospice. Beloved husband of Marie and dearest father of Ger, Ashling and James.

The death has occurred after a short illness of Mary Noonan, pf Bridge Street, Croom, and late of Ballyguile, Castletown.

Reposing this Saturday evening October 1, from 6pm at Daffy's Funeral Home, Croom with removal at 7 30pm to St.Mary's Church, Croom. Requiem Mass on Sunday, October 2, at 11.30am, with burial afterwards in Ballingarry Cemetery.

The death has occurred of Thomas Martin, of Ballyguile, Castletown, Kilmallock, suddenly at his residence on September 27.

Reposing at O'Grady's Funeral Home, Ballingarry on Sunday, October 2, from 6pm with removal at 7.30pm to St Joseph's Church, Granagh. Requiem Mass on Monday October 3, at 12 noon. Burial afterwards in the local cemetery.