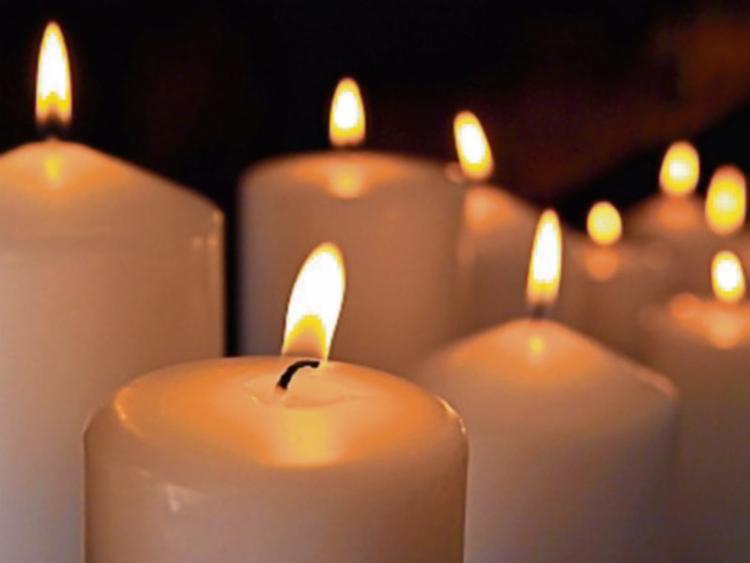 THE death has occurred of Ann Glasek (née Dunne) of Avondale Court, Corbally and late of Catford, London. Ann died peacefully at home.

Reposing at Griffin’s Funeral Home, John’s Gate on Wednesday, September 28 from 5.30pm, followed by prayers at 7pm. Ann's remains will arrive at St.Mary's Church, Athlunkard Street on Thursday, September 29, for 10am mass, with cremation afterwards in Mount Jerome Crematorium at 2pm.

The peaceful death has occurred of Benny (Brian) Farrelly, Ballinacarriga, Kildimo and late of Bailiebourough, Cavan.

Aida Meehan (née Duggan), late of Cork, Clare and Milford Grange, Castletroy has died peacefully after a short illness in the dedicated and much appreciated care of the doctors, nurses and staff at Milford Hospice.

Beloved wife of Joe and loving mother of Yuri, Joey and Michael. She will be sadly missed by her husband and sons, mother Mary (Duggan), sister, brothers, daughter-in-law Sylvia, Áilish, sisters-in-law, brothers-in-law, nieces, nephews, her relatives, kind neighbours and her many treasured friends.

Reposing at Milford Mortuary, Castletroy on Tuesday from 6pm followed by prayers at 7.30pm. Private Cremation at a later date.

The death has occurred of Sheila Horgan (née O'Sullivan), of Abbeyfeale, formerly of Brosna and Gortroe, Knocknagoshel.

Sheila, wife of the late Jim Jack; deeply regretted by her loving sisters Nora Riordan and Mary Harnett, nephews, nieces, grand-nephews, grand-nieces, all her other relatives, neighbours and many friends. Reposing at Harnett’s Funeral Home, The Square, Abbeyfeale on Wednesday from 6pm followed by removal at 8pm to Church of the Assumption Abbeyfeale.

Requiem Mass on Thursday at 11am, with burial afterwards at the New Cemetery, Brosna. Family flowers only please. Donations, if desired, to Friends of St. Ita’s Hospital, Newcastle West.

Reposing at Cross' Funeral Home, Wednesday, from 5.30pm. Removal to Our Lady Queen of Peace Church, Janesboro at 7pm. Requiem Mass, Thursday, at 11am followed by burial in Mount St. Lawrence (extension) Cemetery. Family flowers only. Donations, if desired to, Milford Care Centre.

Reposing at Griffin's Funeral Home, Johnsgate on Thursday from 5pm. Removal at 6.30pm to St. John's Cathedral. Funeral on Friday, September 30, after 11am Mass to Mount Saint Lawrence Cemetery. Family flowers only.