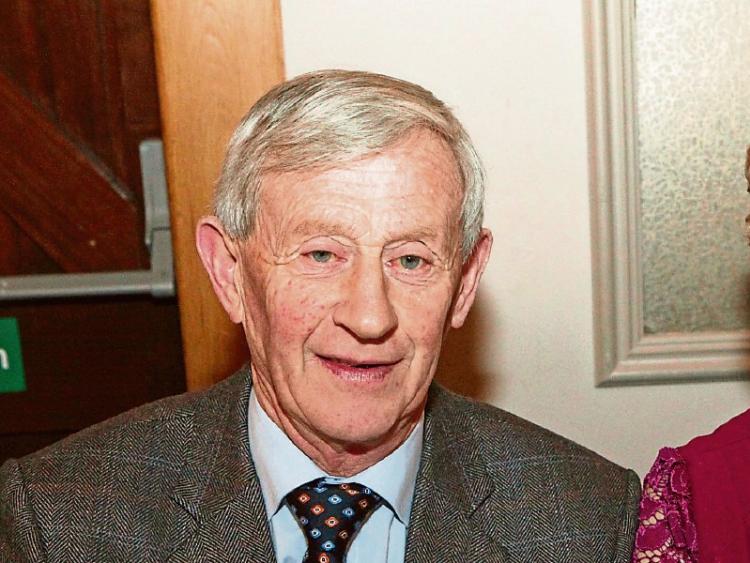 It was revealed, following a question by Cllrs Noel Gleeson and Brigid Teefy, that 129 have retired in the last five years.

They also asked about the age profile of the current 447 employees and how many are due for retirement in the coming years.

“What’s going to happen in the next few years. Are we replacing them or privatising everything?” asked Cllr Gleeson.

“With all the senior staff taken on we can’t get anyone out the county. Rural people are annoyed over this. I’m going to fight it tooth and nail. We need to keep the water off the road,” added the Cappamore councillor, who spoke of a two mile stretch of road that has water flowing down it and empty dykes.

“It is destroying the roads. What is the point in tarmacadaming them? Roads used to last 40 years. Rural people are not fools. You will see marches into County Hall. I don’t use those words lightly,” said Cllr Gleeson.

Cllr Teefy said the loss of 129 outdoor staff in five years combined with the ban on recruitment has been “massive”.

“You can’t provide the service. We have a reasonable amount of money and we can’t spend it. Already we have lost three this year with no replacements. It makes it really difficult for engineers and supervisors. We’ve heard about interviews and interviews but we need bodies on the ground. It is critical with winter coming,” said Cllr Teefy.

“The public need a service. They are paying their taxes. It is the face of the council. The roads need to be kept up,” said Cllr Teefy.

Sean Coughlan, acting head of finance, corporate, human resources and ICT, said considering his responsibility for HR he was “very interested in the figures” and the 107 in the 56 to 60 age bracket.

“It is acknowledged that staffing numbers are a critical issue in terms of service delivery within the organisation. This is something that is monitored on an ongoing basis.

“To alleviate pressures identified, the human resources department has embarked on the creation of recruitment panels across a large number of positions within the organisation including that of general operative.

“The creation of such panels allows the organisation to recruit staff without unnecessary delay and ensure critical services are delivered without negatively impacting communities,” said Mr Coughlan.

In 2016, 22 general operatives have been recruited on a temporary seasonal basis across the council from April to October.

All the councillors supported Cllr Gleeson and Cllr Teefy’s motion for outdoor staff who have retired in recent years and those who will be retiring shortly be replaced immediately as “staff members are at a critical level”.

Councillors stressed that they were not criticising outdoor staff as they were “doing their best with the lack of resources” at their disposal.

Mr Coughlan said since he started in the Cappamore-Kilmallock area it has been the “one big issue”.

”I am pushing this hard to get people on the ground,” he said.

She also bemoaned the amount of “red tape around everything”.

”From the recruitment process to a job that looks like it should take 30 minutes and it can take the whole day. It’s madness,” said Cllr Sheehy.

Cllr Gerald Mitchell asked was privatisation or having your own staff cheaper.

Mr Coughlan said it is hard to beat the flexibility of having your own staff and their ability to react quickly to situations.