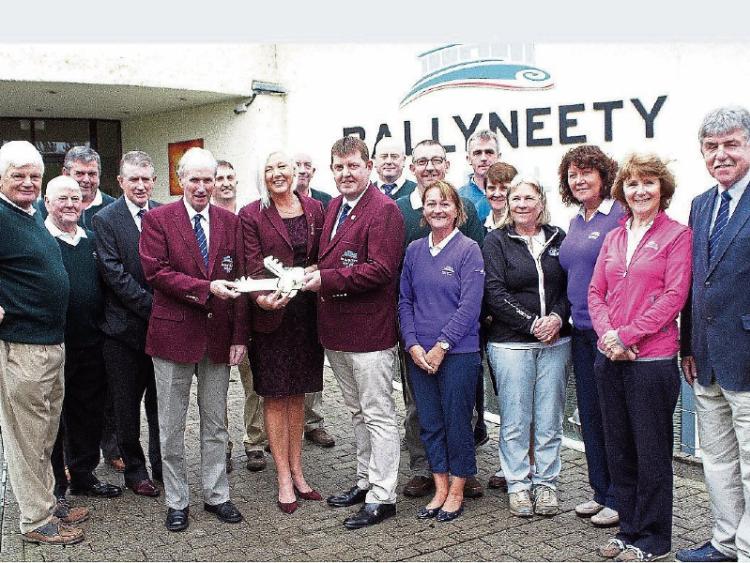 Champagne corks will be popping at Ballyneety Golf Club when it is officially a members owned club Picture: Michael Cowhey

BALLYNEETY Golf Club is on the verge of becoming a members’ owned golf club.

“Now thanks to the vision of a few, endeavours of many, support of the members together with assistance from a local philanthropist, Limerick City and County Council. as well as the local business community, the golf course, a superior clubhouse, driving range, practice academy and the planned adjacent facility, incorporating a walkway, mini-golf, football astro–pitch and crèche will shortly be owned by the members.”

The philanthropist he speaks of is Hugh O’Donnell. He and his wife Finola have played a huge role in the club’s re-emergence. Only three years ago it was closed.

“They have committed themselves to the place and have been a fantastic support,” said Mr Lawlor.

The golf club is being bought for €1.4m. €400,000 was from fundraising; €500,000 is being provided by the members with matching funds from Mr O’Donnell in the form of a loan at a very favourable rate. Ballyneety Golf Club’s destiny in now in the hands of the members and if all goes to plan it will be debt free in six years

“Of course the endeavours continue as the project remains a work in progress. The aim is to consolidate all that’s good about Ballyneety Golf Club while setting out to enhance other aspects of the golf course,” said Mr Lawlor, who also paid tribute to the previous owners as “it wouldn’t be here at all only for the courageous people who built the course”.