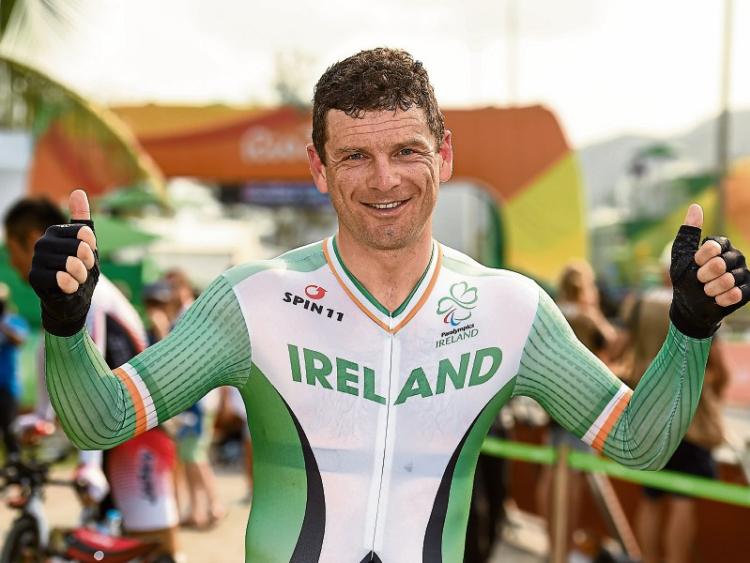 BRUFF native Eoghan Clifford has narrowly missed out on winning a third medal at this year’s Paralympic Games in Rio, after coming fifth in the Men’s C1-C3 70km road race this afternoon.

Throughout Friday afternoon’s race, Eoghan was closely battling for gold against four other opponents in the final 45km.

The Irishman, who is a lecturer at NUI Galway, was trailing behind Italian frontrunner Fabio Anobile for the first two 23.7km laps, and was leading the race in the climb in the final lap.

In the final stretch, Germany’s Steffan Warrias and Belgium’s Kris Bosmans sped ahead of the two, to clinch gold and silver.

Behind the Italian in the fourth place was Columbia’s Esneider Munoz. The top four athletes finished within a second of each other, with the Limerick man finishing his Paralympic journey 10 seconds behind.