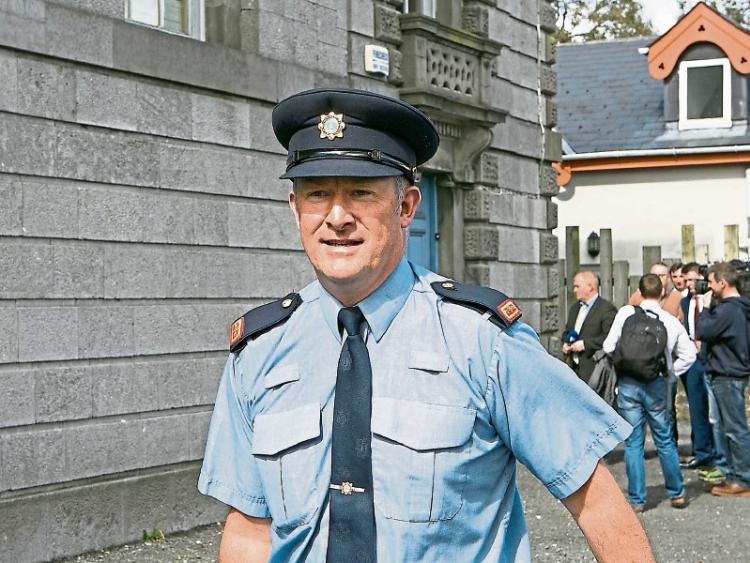 A SUCCESSFUL sting operation by gardai in Limerick has ended a run of crimes in the Adare area and over €100,000 in stolen goods have been recovered.

Gardai also succeeded in arresting members of the out-of-county gang, Inspector Brian O’Donovan of Newcastle West garda district revealed this week. A number of cases are due to come before the courts shortly.

But he stressed there was no evidence of “crime spotters” operating in Limerick. Crime spotting involves local people collaborating with criminal gangs by putting information online about vulnerable homes or premises.  Sometimes, this help extends to putting signs or other indicators at different locations.

But when this was raised at a meeting of Adare Rathkeale councillors this week, Inspt O’Donovan said there was no evidence of such a trend in Limerick.

However, he urged people who saw anything unusual or suspicious to report the matter to the gardai.

Meanwhile, the inspector also revealed that senior gardai in Newcastle West and Bruff are preparing a new plan to combat rural crime which will span the  garda divisions in Limerick West and Limerick East.  Already, initial talks have been held which have included the IFA and the new plan will include rural patrols, he said.

His comments followed a presentation to councillors where his figures showed that crime incidents for the past three months were down compared to the same period last year.

In Rathkeale, the figure had dropped from 281 to 190, he said while in Croom they had dropped from  441 to 270 and in Ballingarry from 60 to 33. He had no overall figure for Askeaton but told councillors that incidents of burglary, theft, theft from vehicles, drugs and criminal damage were all down.

And while he acknowledged that people were possibly not reporting incidents, he felt that the decrease was due to proactive action by the gardai and to the fact that a number of prolific offenders had been targeted and were in custody.

“The things that are happening we on on top of,” he stressed.

And he cited the sting operation mounted in Adare which resulted in the arrest of members of an out-of-county gang and the recovery of over €100,000 worth of stolen property, including tools, goods from a shop and a quad bike.

But Cllrs Adam Teskey and Richard O’Donoghue were concerned at the high level of thefts of quad bikes, in the Croom, Bruree and Ballingarry areas, claiming that a total of 27 had been stolen and none recovered.

“The information has to be local,” Cllr Richard O’Donoghue said,

However, Inspector O’Donovan clarified later that these thefts were not recent and in fact  took place at the beginning of 2015. There had been none in the past number of months, he said.

“There is a growing feeling among the electorate that there is an element of futility in reporting crime,” Cllr Emmett O’Brien said. “There is a perception there is a lack of gardai in the area. There is fear out there.”

“People are afraid, and it not just elderly people but young families too. There is a perception, whether real or otherwise, that crime is a real issue,” said the Pallaskenry councillor and barrister.

“It is the visibility of the gardai that is making the difference,” Cllr Richard O’Donoghue said adding that a lot of Text Alert schemes were also being put in place.

Overall, Cllr Ciara McMahon said, the number of crime incidents was low. But she asked Inspt O’Donovan to run ongoing community talks, and not just when an incident happens.