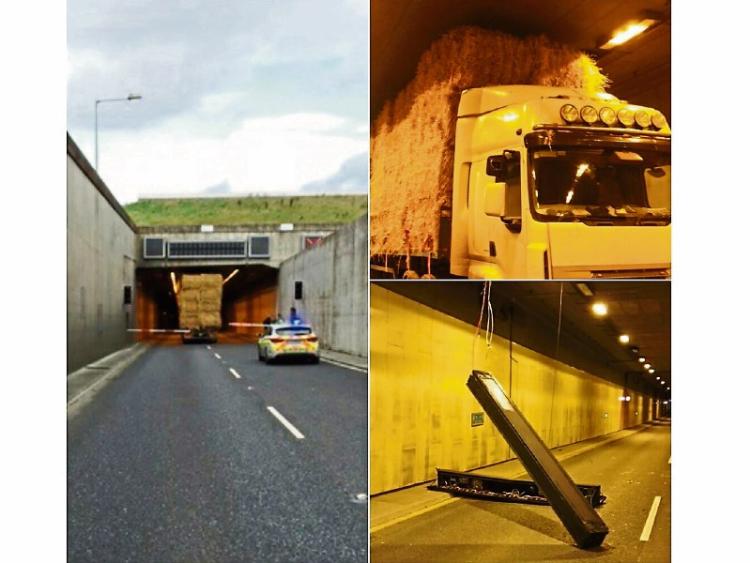 The Limerick Tunnel is set to reopen later tonight

The Limerick Tunnel is set to fully reopen later tonight following an incident at the weekend which forced the closure of the nortbound bore.

A contra-flow system with reduced speed limits has been in place since Sunday afternoon as specialist contractors worked to repair signage and electronic equipment which was damaged by a truck transporting hay.

One lane of the nortbound bore was re-opened shortly after 9 o’clock tonight and Direct Route, which operates the Limerick Tunnel, says both lanes will fully re-open once tests have been carried out.

The reopening of the tunnel will be of major relief to motorists who have had to endure lengthy delays for the last number of days – particulary at rush hour.

A garda investigation into the incident is continuing.