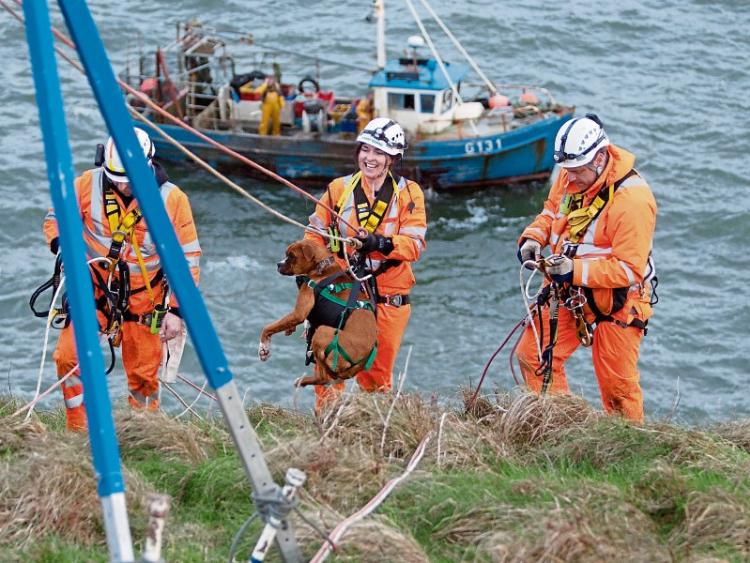 A file photo of the late Caitríona Lucas who died in Kilkee Picture: Press 22

Ms Lucas, who lived in Liscannor and whose husband Bernard is also a member of the Doolin unit that was assisting in the search operation in Kilkee on Monday, was killed when the Coast Guard boat she was in was overturned in rough seas off the West End of the popular seaside village.

Another female member of the Coast Guard was rescued and taken to University Hospital Limerick while, after a dramatic day in Co Clare, a third member – James Lucey – was rescued having spent a number of hours in a cave after the boat was capsized.

Mr Lucey was winched to safety at around 5.30pm by a Coast Guard helicopter following an extensive and complex operation. 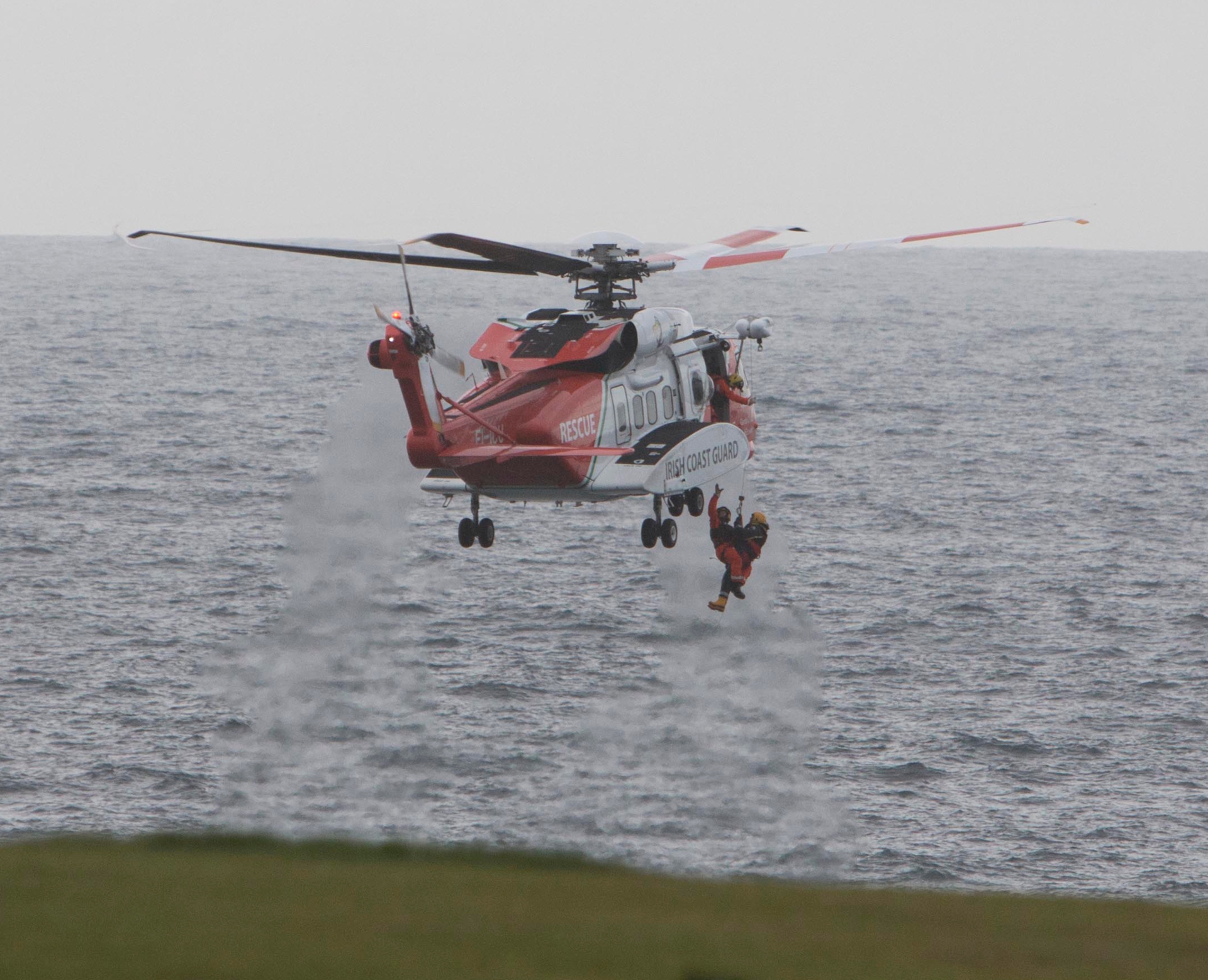 A number of investigations will be launched following the incident.

The Coast Guard and volunteers were taking part in a search operation for a missing local man, which has been ongoing since Friday.

As a mark of respect for Ms Lucas, the Irish flag is being flown at half mast outside the corporate offices of Limerick City and County Council in Merchant’s Quay and Dooradoyle.

Mayor of the City and County of Limerick, Cllr Kieran O’Hanlon said: “Everyone has been numbed by the tragedy which unfolded in Kilkee yesterday. The seaside town is synonymous with Limerick holidaymakers who would be very familiar with local people and the area where the tragedy happened.” 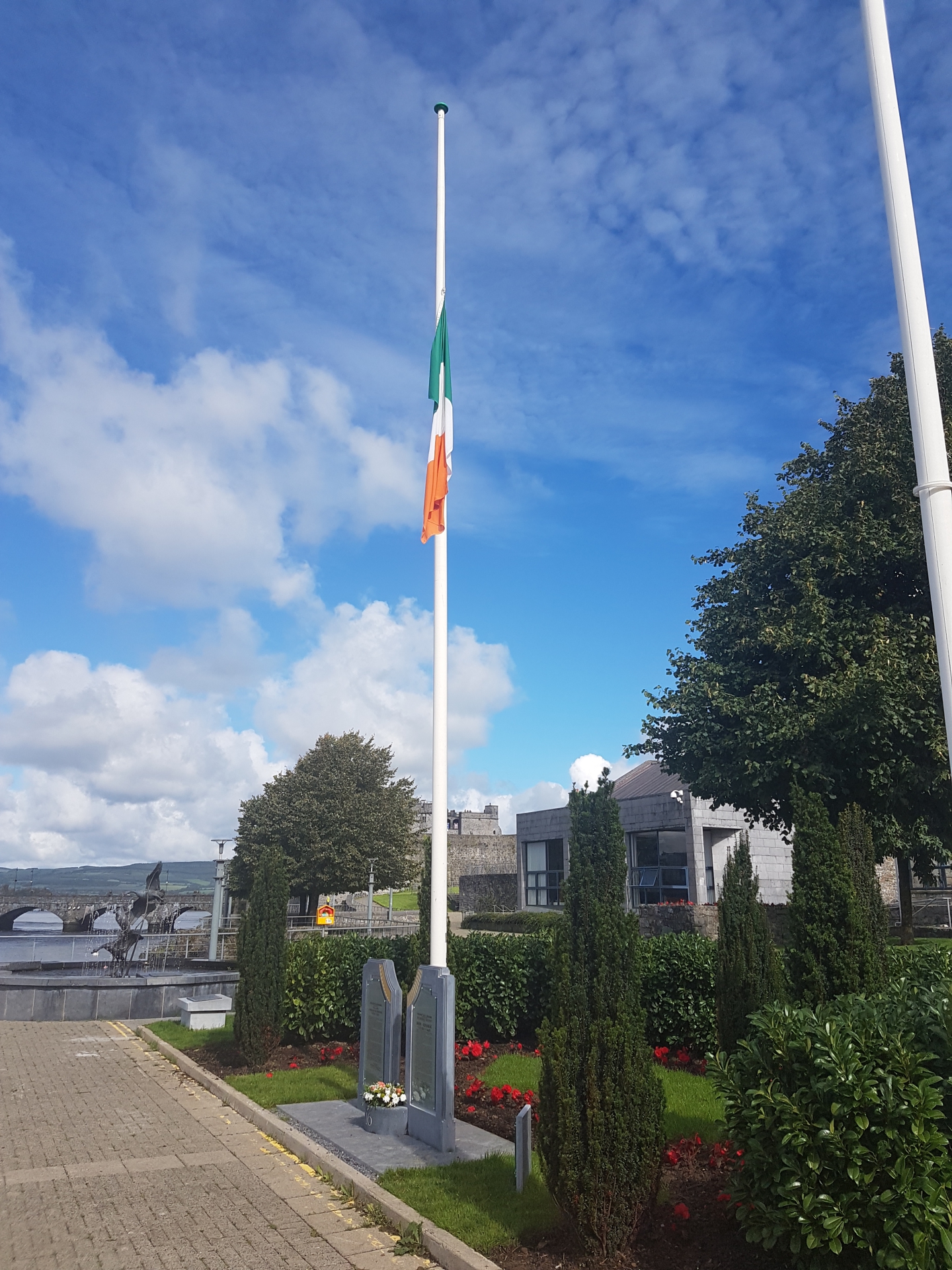 “It is with great sadness that a volunteer who was helping in the search for a missing man lost her life so cruelly. Our heartfelt condolences go to Caitriona’s family and indeed to her colleagues in the Irish Coast Guard. As a mark of respect to Caitriona, the Irish flag will be flying at half mast outside our council offices in the city and Dooradoyle. Caitriona’s sacrifice will never be forgotten.”

President Higgins has written to express his condolences to the family of Ms Lucas, the young librarian and mother of two in her early 40s, who lost her life in the course of the rescue operation.

Minister Shane Ross also paid tribute to Ms Lucas, saying it was with “extreme sadness that I learned of the tragedy”.

“Caitriona was a member of that extraordinary group of men and women who dedicate their skills, time and passion so that others may be safe on our coastlines,” he said.

“This is an appalling tragedy; the loss of a brave and valiant woman engaged in the most heroic of and unselfish of duties.”

Local TD Pat Breen – Minister of State for Employment and Small Business – said it was “a stark reminder of the courage, dedication and selflessness or those unique and brave people who make up the crews of our rescue and emergency services”.

“Each time they are called to duty they risk all to save and assist not just neighbours and friends, but any stranger in distress. The crew member of the Irish Coast Guard was one such brave woman, who has paid the ultimate price for her selfless mission to help others,” he said.

“I would like to extend my deepest sympathy to her husband, her family, colleagues and friends. The death of this hero has resonated with everyone throughout Clare and we must never forget her sacrifice.”

Heart-breaking to come home & see the tragic #CoastGuard loss in #Kilkee A life given in the service of others. There's no greater sacrifice

Our thoughts today are with the members of the Kilkee Coast Guard and their families. Ar Dheis Dé Go Raibh A h-Anam Dílis

Caitriona Lucas RIP. A true hero. Sincere sympathies to all of the men & women of the #IrishCoastGuard community #Kilkee