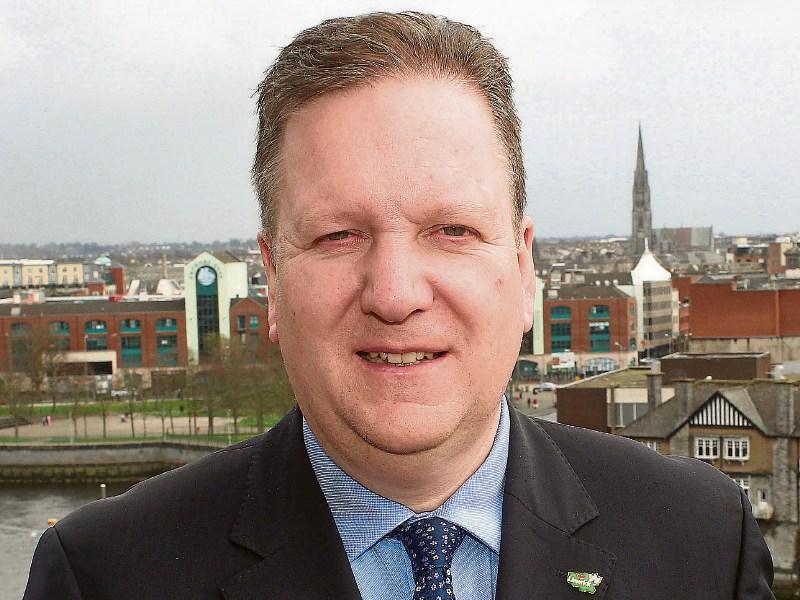 Sean Lally has been manager of the Strand Hotel since 2008

ONE of the best known and respected figures in the business world in Limerick, Sean Lally is leaving his job as manager of the Strand Hotel to take up a position as co-owner of Hotel Woodstock in Ennis.

The former president of Limerick Chamber of Commerce said that he was “very sad to be leaving Limerick” but did so in confidence that the city and region is going in the right direction.

“There is a rising tide in Limerick and the last five years of my 17 here have been very good. I am very excited by the plans which will come to fruition in the next three to five years and I have no doubt that Limerick will end up the envy of other cities around the country,” he stated.

”When I took up my job in the Strand in 2008 my first guests were the All Blacks rugby team and just before I leave my last guests will be the Maori All Blacks team coming here in November to play in Thomond Park,” said Mr Lally.

Sean and his wife Elaine are moving as co-owners within the partnership that controls Hotel Woodstock, currently leased by the Choice Hotel Group.

”We have always had a dream to run our own family business and when we got the opportunity of Hotel Woodstock, I thought it was the ideal chance  to make the first move into ownership,” he added.

Along with his involvement in Limerick Chamber of Commerce where he was president in 2008, Lally was also a founding director of the Shannon Region Conference and Sports Bureau as well as being involved in the Irish Hotel Federation Council.

Stefan Lundstrom, former manager of the Clarion Hotel Suites is taking over as general manager of the Limerick Strand Hotel. Originally from Sweden he has been working in Limerick for the past 11 years.

Lundstrom considers Limerick his adopted city. He worked with Lally at the Strand Hotel as operations manager before moving to its sister hotel, The Harbour Hotel, in Galway as general manager in 2011.

The Strand is part of Lalco Hotels and co-owned by John Malone of Liberty Global.

Other hotels in the group include The Harbour Hotel and Glenlo Abbey Hotel in Galway, The Westin, The Intercontinental Hotel at Charlemont Place, Dublin.