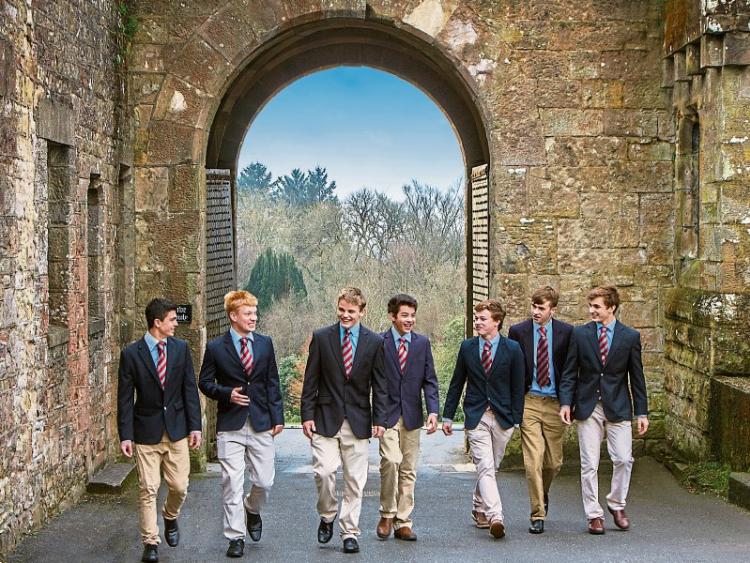 Pupil numbers have increased by 37% in four years in Glenstal

PARENTS of boys - as young as six-months-old - are contacting Glenstal to express an interest in sending their sons to the Murroe school in the future.

Noelle O’Brien, director of admissions and development, confirmed to the Limerick Leader that they have had some enquiries for as far into the future as 2028.

The secondary school welcomed its largest number of boys in its 80 year history last week with 249. In a sign of the improving economy numbers have increased by almost 37% in four years. Following their expansion in 2013 they have extra scope for additional classes.

“This year we will have 249 boys in the school, that’s an increase of 67 since the start of our journey four years ago. Growth is steady and demand for places remains strong. Of this year’s 249 students, 189 will board and the remaining 60 will day board.

“Students continue to convert from day boarding to boarding as they move up the years.

“Daily buses operate from Nenagh and Adare and pick up at various locations en route to the school. Our commitment to developing the school continued this year with the redevelopment and expansion of the school theatre and the refurbishment of the senior boarding house,” said Ms O’Brien, who encourages the parents of prospective pupil to contact them.

Currently the seven day boarding fee stands at  €18,950, which includes a €1,000 capital development levy. The cost of day boarding is €11,350 and there is a reduction of 10% for every subsequent brother.

While Glenstal Abbey School is always amongst the top secondary schools in the Sunday Times annual survey, Fr William Fennelly, headmaster,  said: “While many measure success on points attained - not every child can attain six A1s and therefore success takes on many different hues.”

Glenstal has always sought to educate the whole person and not merely to be a faculty for the delivery of points, said Fr William.

“We were very happy with this year’s results, each of our students clearly reached his potential and is now adequately prepared to move on to third level. The class of 2016 are now embarking on courses of study such as Nano Science, Law, Medicine, Business Studies, Agricultural Science, Engineering and Classical Studies in colleges throughout Ireland and one in the USA.

“With the new marking system for Leaving Certificate we shall be entering unknown territory to a certain extent but we are confident that our students level of attainment will continue to be as it always has been and for that to be replicated in the students points score,” said Fr William.

Great store is placed in trying to get students to reflect on their learning and behaviour.

“This practice is rooted in the school’s ethos of reverence for God and each other, respect for oneself and this beautiful place, and responsibility for one’s actions and the world.

“Young people - no less than the rest of us - are living in an increasingly interdependent world and this summer a group of our students were fortunate to go to Kenya to work with students in a school there.

“We have a reputation for academic and sporting achievement of which we are very proud but the most important thing is that in this school boys are transformed into men of soul. This is the best we can hope for them and we work towards that on a daily basis,” said Fr William.

It is a busy time in the monastery as significant renovations to the church - the first Benedictine one built in Ireland since the Reformation - is nearing completion and they look forward to the abbatial blessing of new Abbot of Glenstal, Fr Brendan Coffey.