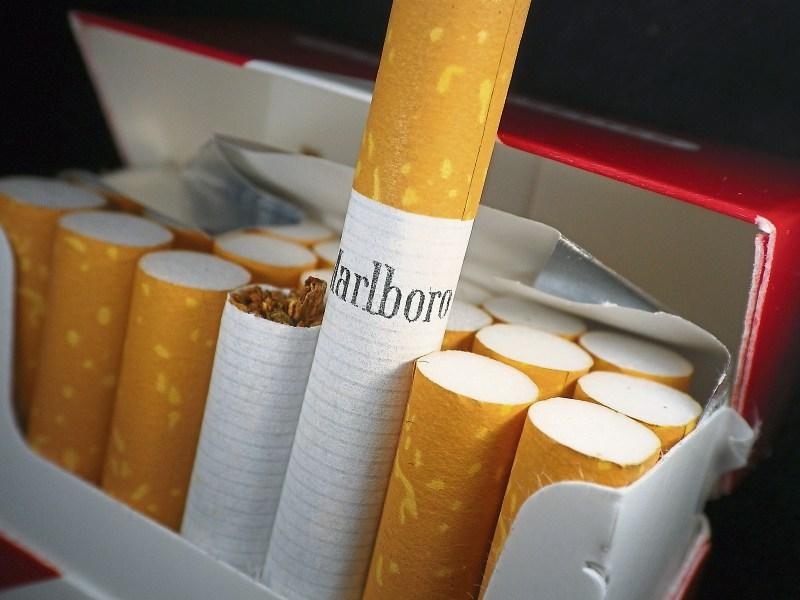 Customs officers seized 1,400 cigarettes when they searched a flat at Upper William Street

A MAN who decided to sell hundreds of unused cigarettes online after he gave up smoking has been fined €2,500.

Croatian national Karlo Krajic, who has an address at Upper William Street in the city centre, was prosecuted after 1,400 cigarettes were seized during a search of his home on February 11, last.

Solicitor Michelle Madden, prosecuting, said Customs Officers were alerted to an advertisement on the DoneDeal website and that the defendant’s home was searched under warrant after enquiries were carried out.

She said 600 Marlboro cigarettes, 400 Camel Blue cigarettes and 400 Camel cigarettes were seized – none of which had an Irish tax stamp.

Ms Madden said the defendant cooperated with Revenue officers and made admissions under caution.

The seizure, she said, represented a potential loss of €586.20 to the exchequer in excise duty.

Solicitor Sarah Ryan said her client was a smoker when he first moved to Limerick more than a year ago and that he “stocked up” as he knew cigarettes were dearer to buy here than in Croatia.

“He originally bought them at the duty free for his personal use,” she said adding that when her client gave up smoking he decided to sell the unused cigarettes “rather than throwing them away”.

Ms Ryan said Mr Krajic had seen a number of other advertisements online and did not realise it was an offence to sell untaxed cigarettes in the manner he had planned.

Judge Mary Larkin commended the defendant for giving up smoking but said she had no choice but to impose the minimum fine of €2,500.

The defendant was given six months to pay.