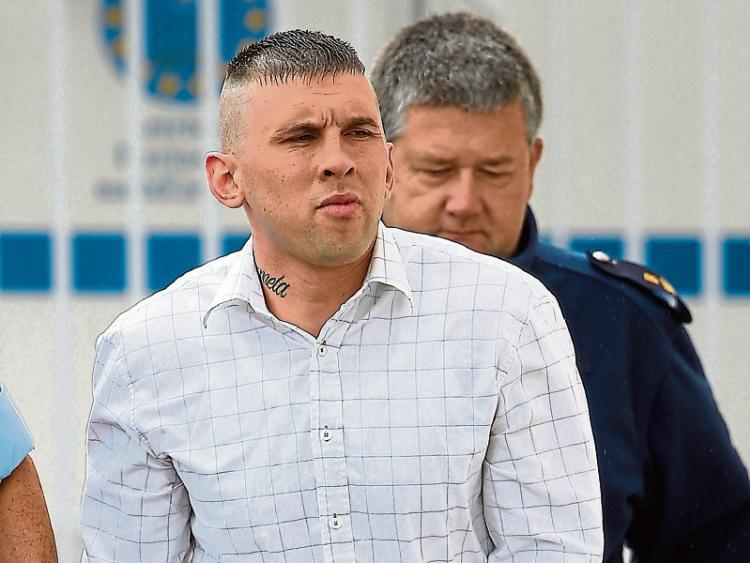 A CRIMINAL figure who drove across the city centre at high speed while intoxicated has been sentenced to four months’ imprisonment.

Dean Price, aged 28, who has an address at McGarry House, Alphonsus Street pleaded guilty, at Limerick District Court, to several charges relating to an incident in the early hours of April 13, 2015.

Sgt Donal Cronin said the defendant, who is currently serving a lengthy prison sentence for a robbery offence, was in initially observed driving a blue Volkswagen Passat at Ellen Street shortly before 1am.

He failed to stop for gardai and a pursuit “of some duration” then followed.

Judge Mary Larkin was told Price drove at high speed on the incorrect side of the road and that at one point he drove the wrong way down a one-way street.

Sergeant Cronin said the defendant was apprehended after he lost control of the vehicle in the townland of Ballykeelaun near Parteen and that a subsequent analysis of a blood sample showed he was more than twice the legal alcohol limit.

Solicitor Tom Kiely said his client had been attending a house party earlier in the night during which he was asked to drive into the city centre to get some food as he was “the most sober”.

He said he panicked when he encountered the gardai and accepts he “acted irrationally”.

While the father-of-three has a large number of previous convictions it was submitted that he does not have many for road traffic offences.

“It is not typical behaviour,” said Mr Kiely who added that his client is learning to read and write in prison and hopes to be a positive influence on his children when he is released early in 2018. “He hopes to make the best of his time in custody,” he said.

Judge Larkin imposed fines totalling €2,000 and she disqualified the defendant from driving for four years.

She imposed a four month prison sentence which she ordered should be served concurrently to the sentence he is currently serving.