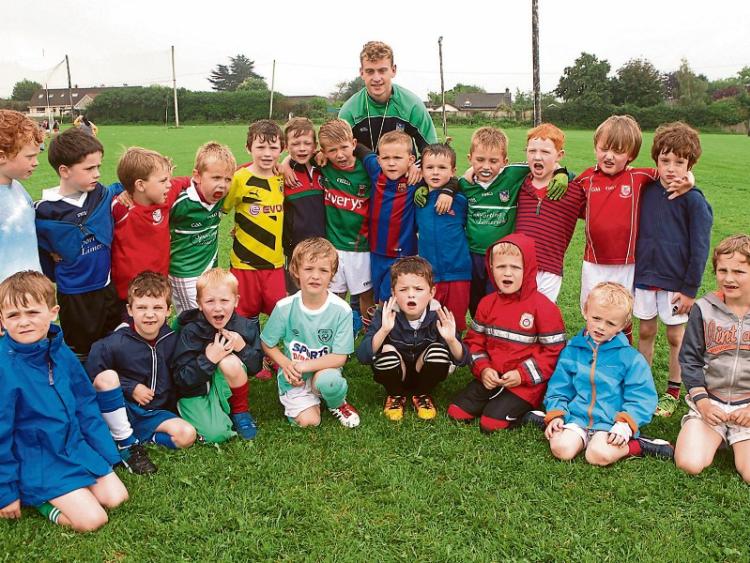 TWO young men who play for the same club will be on opposing sides in the All-Ireland minor hurling final in Croke Park on Sunday.

Darragh Carroll and Cian Flanagan both line out for Newport GAA Club but Darragh, born in the parish of Kilteely-Dromkeen, will represent Limerick, while Cian will be wearing a Tipperary jersey.

In another twist Darragh’s father, William is from Tipperary and Cian’s dad James was born in Limerick!

The green and white and blue and gold colours continue to mix as chairman of Newport GAA club, Padraig (Podge) Tobin is a proud Limerick man, who starred as a forward with his home town of Kilmallock and the inter-county team in the nineties.

And if that isn’t enough local links, last year’s Limerick minor hurling manager, Leo O’Connor has lived in Newport for 11 years and coaches Darragh and Cian in the Newport minor set-up. The good friends have often played in midfield together for their club side and could be going toe to toe on Sunday.

On the odds of two players from the same club playing for different counties, Mr O’Connor said: “It is so rare, it is unbelievable.”

“They are both tremendous hurlers and are very good buddies. Both played a recent minor hurling game with Newport - Darragh started centre forward and Cian started midfield.

“They were both subs with Newport intermediate hurling team last Wednesday and they were pucking around together at half-time,” said Leo.

Darragh started hurling with Newport as a boy but joined up with the underage Limerick academy and continued on up through the ranks. Despite living in Newport for over a decade and his involvement with the GAA club there will be no divided loyalties for Mr O’Connor.

“Definitely not, you can’t get the green and white blood out of me!” he declares.

Bookies no longer give odds on minor games but if they did Tipperary would be a very short price to defeat Limerick again after their 17 point win in the Munster final.

“Tipperary will be hot favourites. Limerick didn’t show their true performance in the Munster final, it didn’t go well for them. Maybe there was a little bit of nerves on the big occasion and hopefully they have got over that now,” said Mr O’Connor, who will be one of a huge crowd travelling from the parish to Dublin on Sunday.

As chairman of Newport GAA Club, Padraig Tobin said everybody is very proud to have two players representing them in the minor final.

“They are both fine hurlers and a great example to our young people in the club. They are very hard-working and dedicated. It will be a very proud day for the club to have two very good young fellows to represent us. It is a great honour,” he said.

“There will be extra excitement and there will be mixed loyalties. A lot of Limerick people are living out here as well,” continued Mr Tobin, who has been residing there for 15 years.

And whoever wins or loses he says there will be an All-Ireland medal coming to the parish.

Darragh’s dad, William Carroll, from Newport, says it would be nice to see Limerick win.

“I would like to see them do all right on the day. Tipp wouldn’t begrudge it to them if they did win it,” said Mr Carroll.