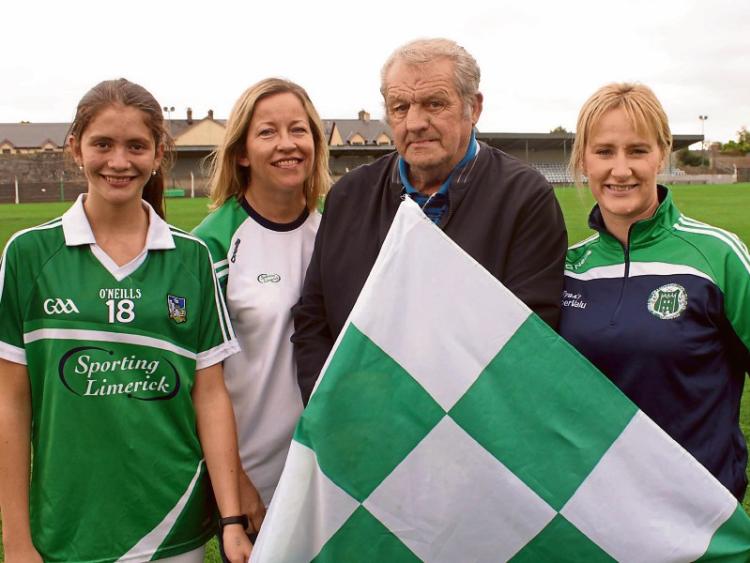 HE may not be lining out in Croke Park but Cathal O’Connor will be playing every puck of the sliothar in Sunday’s minor hurling All-Ireland final.

From the goalkeeper right up to the forwards, he will be living their every move.

The Kilmallock man is the father of a player, the teacher of a player and has coached a number of the panel since they first took a hurley in hand.

“We have a picture here at home of the very first match that Kilmallock would have played in with the U6s. It’s here in front of me. They played Na Piarsaigh in a hurling match on June 14, 2003,” said the Kilmallock coach from his home this week.

“Ciaran is there and Anthony Barrett is there too.”

Cathal’s son Ciaran, 18, played as a sweeper in the All-Ireland minor hurling semi-final against Dublin on August 7.

The Kilmallock club has a total of four players on the panel to face Tipperary - Ciaran, Anthony Barrett, Cal McCarthy, and David Woulfe.

“It was more Ciaran, Anthony and Cal that I was dealing with. David is a year behind them but I have also been involved in teams with David over the last few years. At underage it was mainly the other three lads,” said Cathal who also teaches the Limerick minor goalkeeper Mark O’Kelly construction studies at Colaiste Chiarain in Croom.

“When the Kilmallock boys were U10s and U12s there was still a divisional championship back then so we used to have great clashes. I remember particularly with Garryspillane we used to meet them in the final. There was more excitement in those matches – an U10 or U12 final against Garryspillane than there was in the All-Ireland. It was absolute hell for leather from both sides, great stuff!”

“All of that extra hurling has stood to them. It is a very competitive camp from the point of view that there are lots of matches and emphasis on the progression of skills during those camps. All of those boys would have attended those camps religiously. Holidays would be put to one side. If parents had booked a holiday during that week there would be blue murder. There is no way these boys would miss it.”

The four lads, he says, eat, sleep and breathe hurling.

“These lads live in the GAA field. The field in Kilmallock is the meeting place. In the summer, they all head up there and they play different games – they play gaps, frees and Around the World. After a couple of hours in the field it was then down to the hole in the river for a swim. They would usually be back for a match that evening and then they would all go back to the hole again for a swim. That was their routine.”

Reflecting on how the game has changed over the years, Cathal recalls a recent chat he had with Kilmallock club treasurer, Dessie O’Brien.

“We were saying the only thing that is a pity is that nowadays every lad who arrives at the field brings a sliothar with him. Dessie was saying that when he was younger they would all arrive up to the field and they would be lucky if they had one sliothar between them.

“The difference was that they were playing matches because there was only one ball whereas these days they tend to puck around more and work on skills and take frees.”

Cathal says he would much prefer Dessie’s way – “one ball between the lot”.

“You can have all the skills in the world but at the end of the day there is nothing like matches to bring lads on and to hone their skills.”

Cathal lived in England for 13 years and Ciaran was born there. He was determined, however, to make sure Ciaran picked up the hurling skills nice and early.

“We were living in London at the time and we started him off good and early - at two years of age he was out on the front lawn, hurling.

“We moved back when he was about four. I remember when he was about three years of age we were down in the local park and we were doing a bit of pulling on the ground and rising and hitting but it was amazing the amount of people who took notice – first of all the Irish people are drawn to you straight away and then you have other people asking what you are doing.”

The funniest thing of all, Cathal recalls, was the lad playing cricket who was fascinated by what he saw.

“He wanted to know what this game was. At the time Ciaran had just mastered hitting a ball out of his hand, only just, and your man came over to have a go and no matter how much he tried, he couldn’t hit it out of his hand and he couldn’t get over how a little lad would be able to do it.

“I’m glad we started him off good and early because at least when he came back here he was the same as all the boys.”

Cathal became involved in underage training in Kilmallock after his return to the town.

“I remember I was barely back in Kilmallock when Eamon Leen called up to the house asking me if I would take on the U6s – it was a brilliant offer because they knew I was interested  and fair play to them they had done their homework and said there was a chance here.  Colin O’Reilly, Oisin’ father and myself started with them.”

Cathal, his wife Annemarie and their two other children Paudie, 15, and Orla, 11 – who are promising hurling and camogie players –  plan to head up to Dublin on Sunday morning.

“It’s great that it’s on TG4 because Ciaran’s granddad Tom Duffy [the father of Cathal’s wife Annemarie]  who is 93 will be able to watch it over in Birmingham.

“He will be cheering them on!”