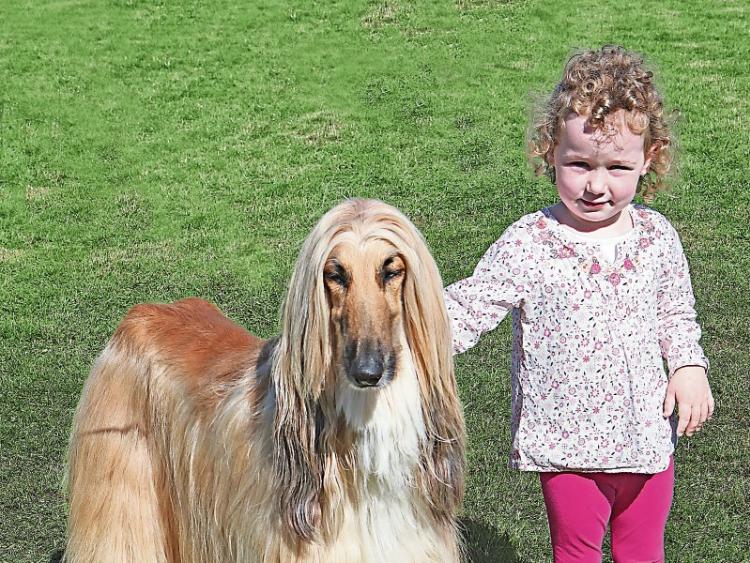 LIKE a four-legged version of the Rose of Tralee, only with added hairspray and more barking, the 87th annual All Breed Championship Dog Show strutted into Adare on Thursday.

From shortly after dawn, the grounds of the Woodlands House hotel began to fill up as the stars of the show - and their people - arrived in all manner of custom fitted vehicles.

And by the time the glorious late August sunshine had topped the trees, the area around the parade rings had filled up with brightly coloured tents (for the dogs, not the people) and the process of preparing the competitors was underway in earnest. There were enough grooming products to power a hairdressers’ convention as the owners brushed and buffed and blow-dried their precious pooches to perfection.

And talk about precious! With the poise - and hauteur - of supermodels, these doggie divas know their place in the pecking order: right at the very top.

As Dave Duggan from Limerick city said of his champion German Shepherd, Max: “He’s treated like a baby...better than some of the kids!”

Now in its 87th year, the Adare event is one of the largest of its kind in the country, attracting entries from throughout Ireland as well as Britain and mainland Europe. A total of 180 breeds were represented this year.

It is organised by Limerick and District Canine Club, whose chairman Anthony Kelly has been involved in running the show for some 35 years. The Limerick show, he explained, is part of the Munster circuit – one of four shows around the province that take place over the course of a fortnight in August. Most of the competitors attend all four.

“We have the same people nearly every year and we have some new people too. People just love it because it is a holiday,” Anthony said.

And, while the competition can be fierce and rivalries often intense, the nature of the circuit means that there is great sense of cameraderie among those taking part. “There is rivalry but, having said that, you could win today and be second at the next show and the person that won the previous day will congratulate that person because it’s sportsmanship. That’s what I like about dogs. Okay, some people are very competitive but 99% of them are very sportsmanlike.”

One regular attendee was Willie Byrnes from Rhebogue who, with his brother Jim, was showing in the Staffordshire Bull Terrier class.

“I’ve been coming here since 1981. It’s brilliant,” he said, noting that the sun was an added bonus: “I was often here in wellington boots with straw all over the place,” he commented.

Another regular was John Hartigan from Adare who was showing his Smooth Fox Terrier in the champion class. “I’m coming here 40-odd years,” he said.

Corbally man Mark Troy was at the show with his American Staffordshire Terrier, Dellboy. Unlike the Cockney wideboy from whom he took his name, Dellboy proved himself to be a born winner, taking the prize for best in class in Adare.

It’s not the first big award he has won and Mark is clearly very proud of him. “His parents would have been from Serbia. I brought in the female in pup,” said Mark.

Also proudly displaying his dogs was Fr Dave Gibson, parish priest in St Patrick’s in Limerick city. He was in Adare with his two Salukis, Pearl and Saoirse, both immaculately groomed.

A dog owner for some 25 years, Fr David said taking part in shows like this are a nice contrast to his priestly duties. “It’s a break for me any way for my normal run of the mill,” he said.

Accompanied by his two “assistants”, nephews Sam and Alex, Fr David was looking forward to seeing his dogs compete in their class later in the day.

Speaking after the event, Anthony Kelly said he was delighted with how it went. “It was probably one of the most successful shows we had; the weather was just perfect,” he said.