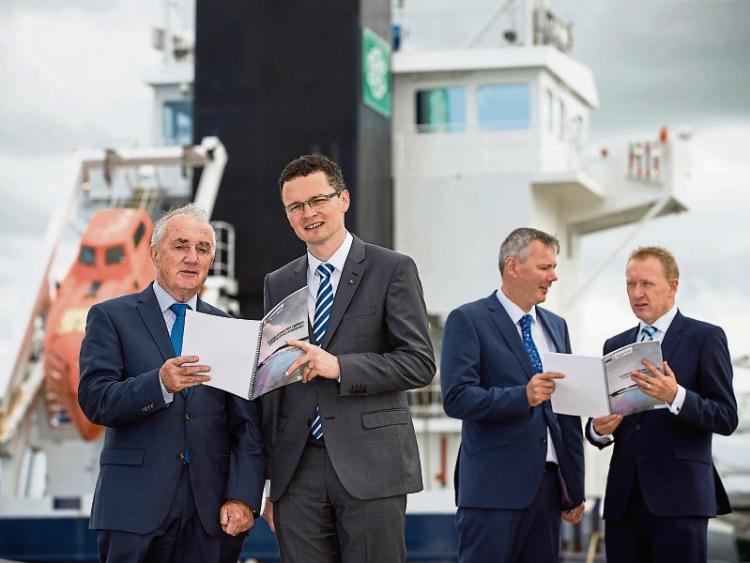 The volume of goods handled at ports on the Shannon Estuary this year is on track to exceed the tonnage at the height of the economic boom, the chairman of Shannon Foynes Port Company (SFPC) has said.

Michael Collins made his comments at the launch of a new report which predicts that ongoing investment at the ports could support over 3,300 jobs within three years.

“We’ve steadily grown our operations here to a degree that this year we will surpass tonnage levels achieved at the height of the boom,” he said.

The economic impact assessment, carried out by W2 Consulting on behalf of the Shannon Foynes Port Company (SFPC) revealed that the company’s economic impact is €1.9bn per year, equivalent to 1% of the State’s entire GDP.

And it predicts that more than €1.3bn of private capital investment could flow into the region by 2041 as a direct result of activities at ports operated by the company.

However, he stressed that improving connectivity to Foynes port would be an essential element in achieving that aim.

“Essential for the realisation of this potential is the delivery of the new Limerick to Foynes road upgrade scheme, which is included in the Government’s Capital Investment Plan.

“The other key project is the regeneration of the disused Limerick to Foynes rail link and a major feasibility study is being advanced in relation to that,” he said.

Speaking at the report launch, Minister of State Patrick O’Donovan reiterated the Government’s commitment to the new road.

He added: “This is a priority not only for West Limerick and Foynes but for the entire Mid-Western region, that we bring the entire national road network from the port of Larne right into here in Foynes.”

He also pointed out that the potential outlined in the report justified the Government’s decision to prioritise Foynes as one of three Tier 1 ports in the State.

He added that Limerick port was a very profitable part of the overall package in terms of SFPC and had a “very healthy future”.

“There are good investment plans there as well and I think SFPC are very committed to Limerick docks as well as to Foynes port itself.”

He insisted that the Government would seek to use any funding that was available for port development “to the maximum potential”.

And he urged Limerick City and County Council to work closely with the port company to secure investment in the region.

“We [the government] view the investment opportunities that are laid out in this document under what’s called Vision 2041 as hugely significant.”

Report author Mark O’Connell of W2 Consulting said the findings showed that port activity on the Shannon Estuary was already contributing to the local and national economy at a level that very few were aware of until now.

“The company has made considerable gains over recent years in trade and has already delivered and attracted very significant levels of investment since the launch of its masterplan in 2013,” he said.

“The opportunity going forward is for a lot more of the same. If you take the capital expenditure of €277m planned by SFPC and its customers up to 2019, that’s almost seven times the investment in redeveloping Thomond Park.  That’s an indication of the importance that the port authority and the estuary will have in the years ahead.”

The report was based on 2014 figures for SFPC and its associated businesses, as well as at 31 companies who currently use SFPC ports for import/export business and port service providers.

It found that the commercial activity of SFPC and its customers resulted in €356 million of expenditure in the regional economy on non-labour goods and services that year. In addition, it predicted €1.34 billion of private capital spending over the lifetime of the masterplan, with the potential to support over 22,000 jobs.

Chairman  Collins said they were actively working to attract investment to the area. “I would be disappointed is in three or fours time we didn’t deliver something that would be a game-changer for Foynes,” he said.