Limerick is ready for minors' All Ireland clash in Croker 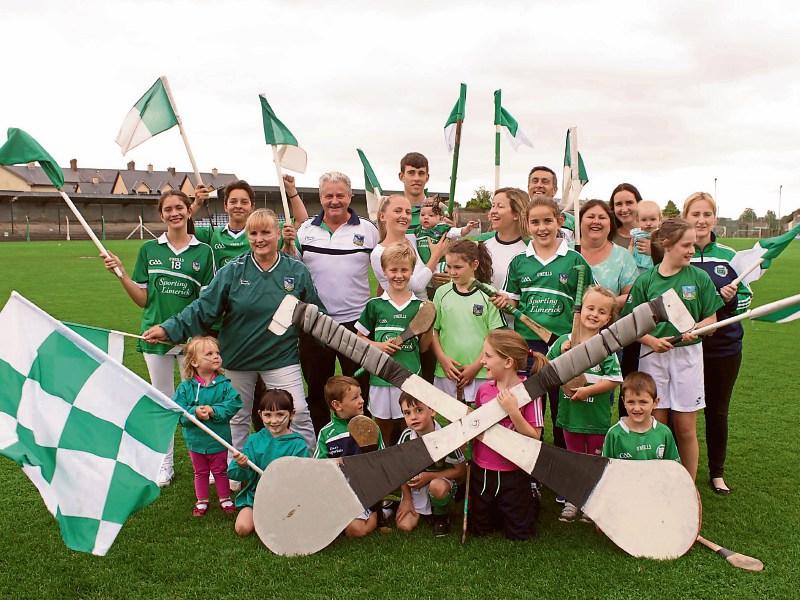 Family and supporters of Kilmallock’s four players on the minor team cheering them on this week Picture:Michael Cowhey

With days to go, all eyes in Limerick are on the ‘minor’ prize - the coveted Irish Press Cup which will be presented to the victorious minor hurling team.

Not since 1984 has Limerick claimed the top prize and only the small matter of Tipperary stands between them and an All-Ireland title.

Thankfully, Limerick will select from a full strength panel for Sunday’s decider.

“They all have a clean bill of health - they are all fine. Hopefully it will be a good day for Limerick GAA. You can’t beat All-Ireland final day in Croke Park,” said Mike O’Riordan this Wednesday

According to the secretary, Limerick were allocated approximately 2,500 tickets - the majority of which had been snapped up by supporters at the time of going to press.

In Kilmallock this week, supporters are counting down the hours to the 1.15pm throw-in on Sunday.

The Kilmallock club has a total of four players on the panel -  Ciaran O’Connor, Anthony Barrett, Cal McCarthy and David Woulfe.

Meanwhile, two young men who play for the same club team will be on opposing sides in Croke Park on Sunday.

Darragh Carroll and Cian Flanagan both line-out for Newport GAA Club but Darragh, born in the parish of Kilteely-Dromkeen, will represent Limerick, while Cian will be wearing a Tipperary jersey.

In another twist Darragh’s father, William is from Tipperary and Cian’s dad, James was born in Limerick!

The green and white and blue and gold colours continue to mix as chairman of Newport GAA club, Padraig (Podge) Tobin is a proud Limerick man, who starred as a forward with his home town of Kilmallock and the inter-county team in the 1990s.

And if that isn’t enough local links, last year’s Limerick minor hurling manager, Leo O’Connor has lived in Newport for 11 years and coaches Darragh and Cian in the Newport minor set-up.

The game will be televised live on TG4 and will also be broadcast on Limerick’s Live 95FM.