Return of the Mod men to Limerick's Ellen Street 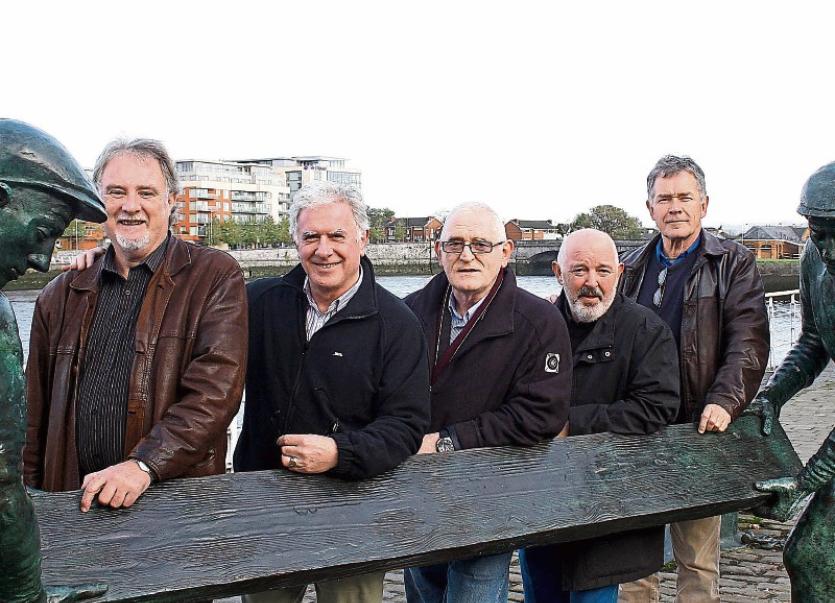 A CULTURAL reawakening is set to take place on Ellen Street, when local legends Granny’s Intentions reunite for a commemorative performance.

It is hoped that one of Ireland’s “finest beat groups” will perform on September 20, as part of the Culture Night programme, following the unveiling of a special mural on Ellen Street.

Organised by Limerick School of Art and Design senior lecturer, Paul Tarpey, Granny’s Intentions founder, Cha Haran will unveil a mural dedicated to the former mod clothes shop, Miss Ellen, which he operated in the 1960s.

Granny’s Intentions, formed in the late 1960s, was once one of Ireland’s most promising bands — signed to London’s Deram Records, sharing the same roster as David Bowie, Cat Stevens, Brotherhood of Man and The Move.

Mr Tarpey said that they were a “great inspiration” for other teenagers and young musicians at the time.

“They were living how they believed. They believed in an expression for their own generation that had nothing to do with De Valera or something like that. They looked at the no compromising bands; they looked at the Kinks and the Rolling Stones. They were considered one of the best bands in Ireland, and were much better than some of the Dublin bands. The lads were very good at what they did. While Elvis and rock ‘n’ roll was big, these guys were listening to Motown and soul, which was something you never heard on the radio, and they played those songs. Even at the age of 17,” Mr Tarpey explained.

When Mr Haran returned from London, after releasing a number of singles on Deram, his unique, imported sense of style influenced his decision to open Miss Ellen. It was considered to be one of the only mod clothes stores in the country.

“When he came back from London in 1969, we brought back a load of clothes, and he wanted to open up a place in Limerick. And when he had that shop open, it was very different. The place made a great difference in Limerick, and it was the only shop at the time that played music, for example. He brought back all the music and the records, and it was a happening spot. But it was one of those places in Limerick where only the people who were involved actually remember it,” said Paul.

The special mural will be produced by Piquant Media, and it is hoped that there will be a Northern Soul DJ gig after the performance at Cobblestone Joe’s.

Mr Tarpey is currently undergoing a PhD at LSAD on “generational resistance”, with a strong emphasis on Limerick’s alternative venues at which bands, like Granny’s Intentions, performed in the 1960s, including the Go-Go Club, on Post Office Lane.