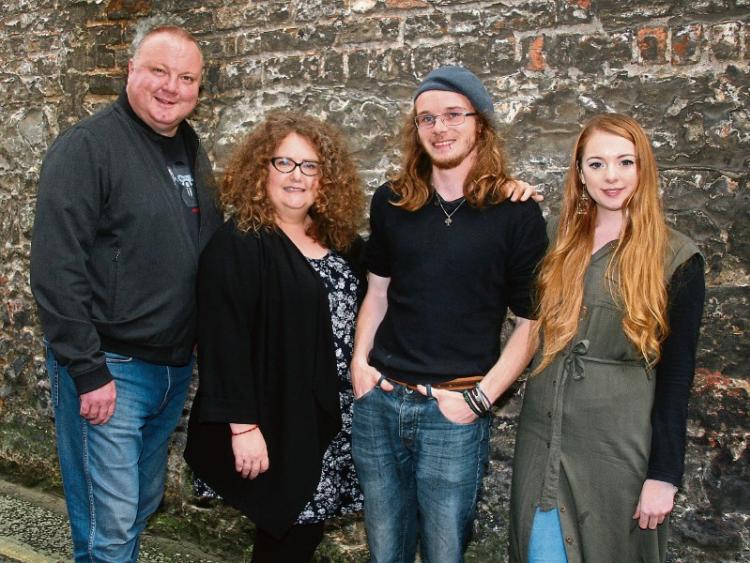 THE ARTS community is again showing its determination to exp-and the city’s cultural experience, following the foundation of the inaugural Limerick Fringe Festival.

The event - running from March 30 to April 1 next year - is the brainchild of a small collective of artists, directors and performers, with the aim to bring “new work” to Limerick.

Though the concept has been in the pipeline for a number of months, the city’s disappointing loss to Galway for the European Capital of Culture has been the driving force behind the new movement, according to organisers.

Organiser Simon Thompson, who is a theatre director, said that experimental and alternative arts sit well in Limerick.

“Limerick is, probably, not the most mainstream of cities. But it’s about putting elements of art and elements performances, and putting them into non-traditional, non-typical venues, and we are demonstrating that performances can be in any public space.

“We want people to say that they had a great time and that they felt part of the performance,” he said.

He added that the festival will expose “challenging, vibrant and quirky” performances to the people of Limerick.

The festival, which has received expressions of interest from “international, award-winning fringe performers”, will be open for submissions on September 1 for two months.

Five city centre venues have been secured for the three days.

Limerick Fringe member, Eva Birdthistle said that there has been “overwhelming” enthusiasm from the public.

“That is on the back of losing out on the European Capital of Culture bid, because a lot of people want something to happen in the city.

“People are enthusiastic about it, as it’s about something different, something a little bit off-the-wall and not the norm.

“Hopefully this reaction will continue to grow when the submissions are open and when the acts are chosen, and that people will get on board with this. People are very excited knowing that they can be part of this,” she enthused.

Performer Fiona-Marie Booth said that the “inclusive” festival is open to all artists with new work, and hopes to “see people networking, collaborating, and sharing experiences”.

Local poet, Shane Vaughan, who has organised 30 poetry events and two arts festivals in the past two years, said the city needs to look at its strengths in the cultural community.

There is a €30 fee to submit for participation at the inaugural festival, and people who wish to volunteer for the three days can apply online.

For more information on the festival, visit www.limerickfringe.com.