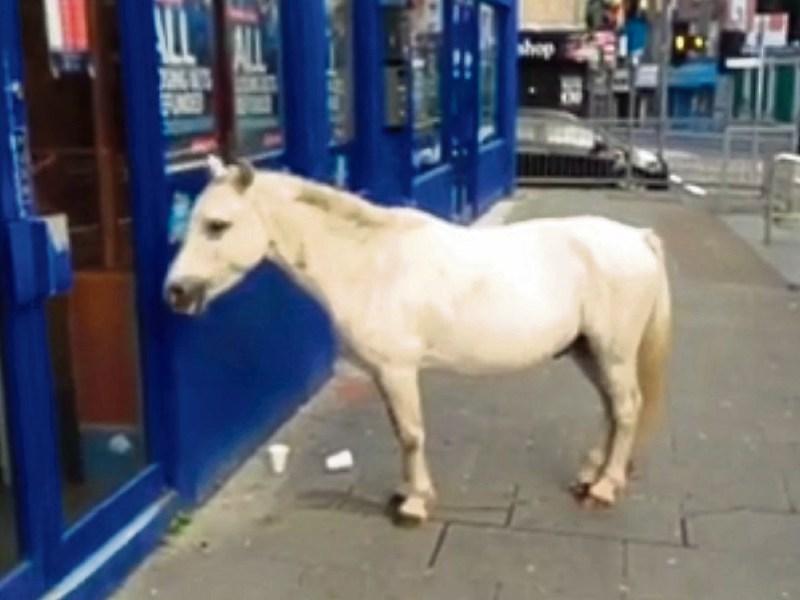 A VIDEO of a horse seemingly waiting patiently outside a Limerick city betting shop is causing a big reaction online.

The video, posted by Limerick man Donnacha Cregan on Facebook and subsequently shared by BoyleSports on Twitter, has been viewed several thousand times.

Mr Cregan posted the video saying: “Just a typical morning in Limerick a pony waiting to put his money on another pony!”

BoyleSports tweeted: “This lad was spotted outside one of our Limerick shops this morning, waiting on early prices.”

This lad was spotted outside one of our Limerick shops this morning, waiting on early prices.https://t.co/hydFyFfvaw

@BoyleSports @SarahKinsella3 waiting to get on the roulette more like

Replies to the tweet by the bookmaker wondered if he said "what he was backing" or if “his dad was in the first race (and) wanted to back him at 9 to 1”.

It is not the first time song by The Rubberbandits, Horse Outside, has appeared true to life in the comedians’ native city, with a young lad causing consternation in 2012 by leaving his horse tied up outside a barber shop in Greenpark shopping centre on the outskirts of the city.

Wandering horses are in the news in the city at the moment, with the Limerick Leader reporting on a massive horse cull in recent days.

Limerick Animal Welfare is supporting fresh plans for a horse project on the southside after it was revealed that hundreds of horses have been put down after being rounded up from city estates.