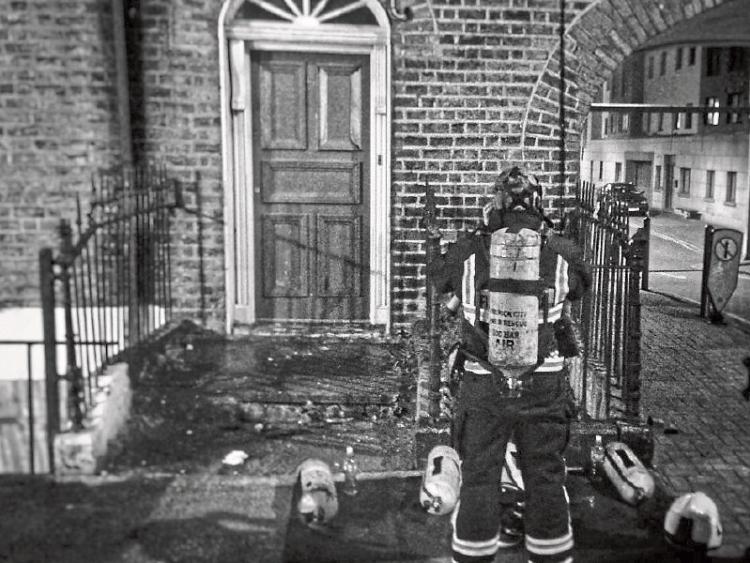 INVESTIGATIONS are underway following a fire at a premises in the city centre late last night.

Emergency services were alerted shortly after 10pm with initial reports suggesting two people were inside the house – at Hartstonge Street at the time.

Noboby was found inside the building and the fire was brought under control and quenched within an hour.

The cause of the fire is being investigated.