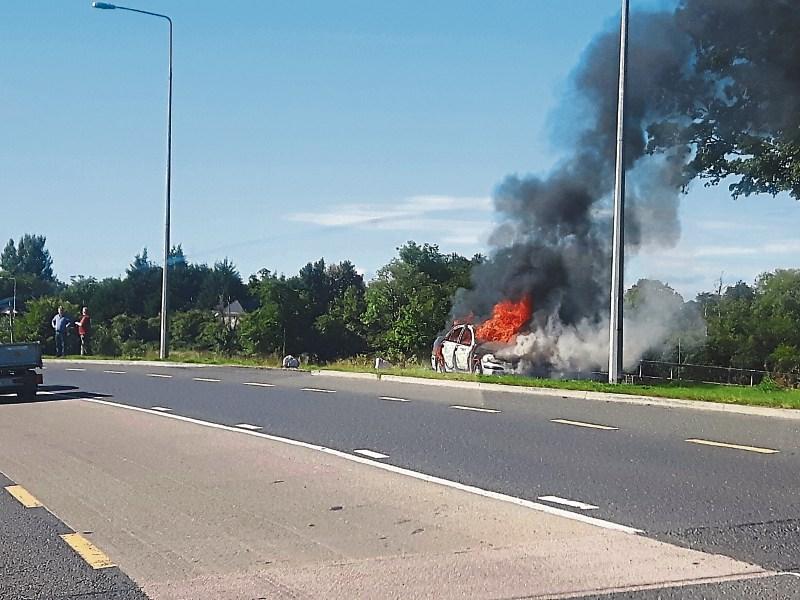 The car fire in Lisnagry as captured by a passing motorist

A MOTORIST had a very lucky escape after a car went up in flames in Limerick.

The incident occurred at around 10.45am on Thursday morning. The dramatic photographs, sent in by a Leader reader, show the blaze burning through the windscreen and plumes of smoke rising high in the air.

The driver pulled in off the Old Dublin Road, just past the Mackey roundabout and parallel to the M7 motorway in Lisnagry.

One unit of Limerick Fire and Rescue Service responded within minutes and quickly quenched the car fire. 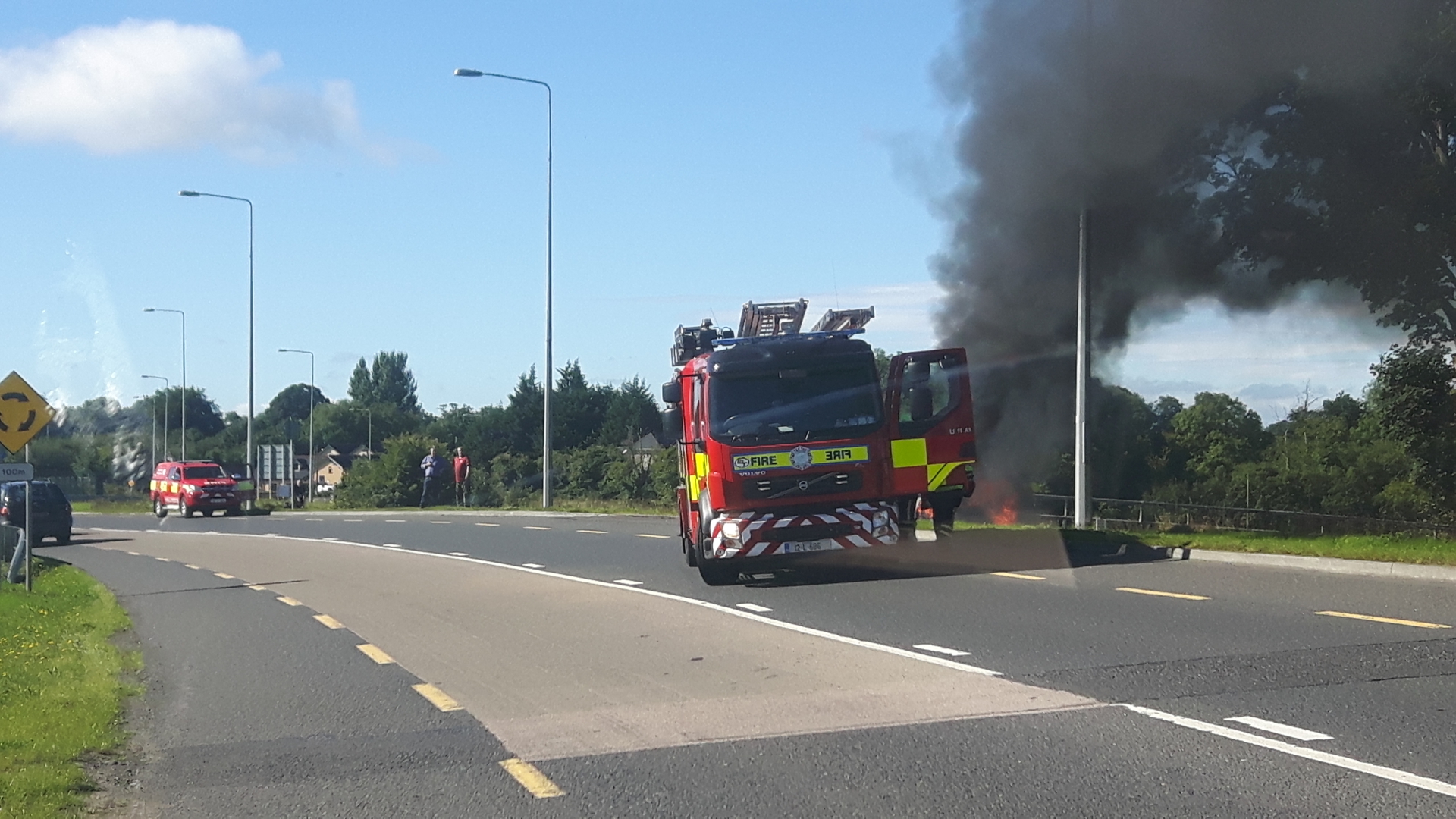 It is the second car fire in Limerick in as many days, with the Fire Service attending the scene of a car fire in Clarina village on Wednesday evening.

The incident occurred close to a residential area on the N69, a few hundred yards outside the village.

At 6.10pm, Limerick Fire Service was notified of the incident. One appliance was dispatched to the scene, and returned to its Mulgrave Street base within an hour.

The incident was not treated as a road traffic accident, and no one is believed to have been injured, according to sources.

Traffic was briefly diverted during the incident.