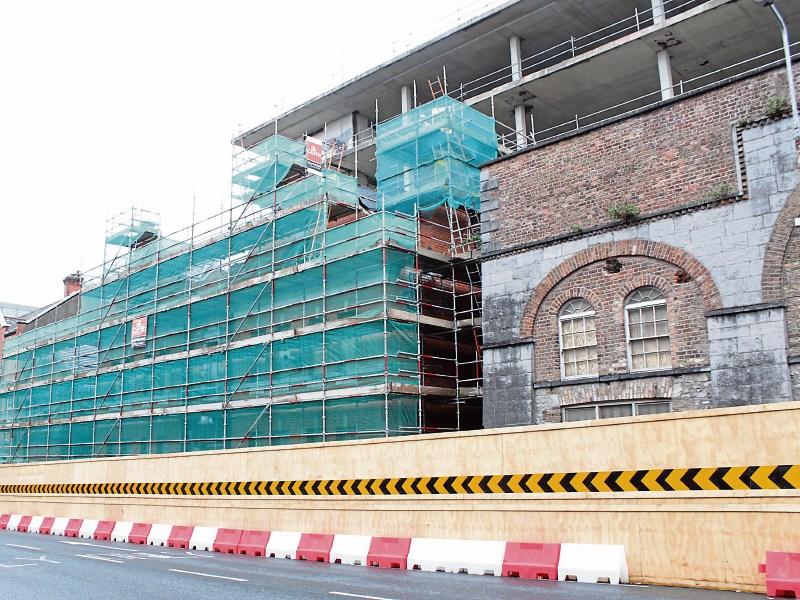 The Hanging Gardens on Henry Street has been visited

AN international financial services company is lining up Limerick for a major jobs boost, with as many as 400 positions in the pipeline.

Industry sources say that a number of sites in the city have been visited – including the Hanging Gardens, Henry Street and industrial parks in Raheen and Castletroy.

While he declined to talk about specific projects or the names of companies looking at Limerick, the IDA’s Mid-West boss Niall O'Callaghan confirmed that they are extremely busy at present dealing with potential new companies setting up here.

“I would be very optimistic about the next six to twelve months on the jobs front here," he said.

Representatives of the financial firm, which employs tens of thousands of people globally, were in the city earlier this summer.

While here, they met not only high-ranking members of the local business community, but also recruitment agencies which gave them an overview of Limerick’s talent pool.

“This would be fantastic for the city, a major boost. All along, we said there could be 750 people working on that site, so this is the kind of job announcement we would be hoping for. It’s the reason we are re-purposing the Hanging Gardens,” one council source told the Limerick Leader.

A second high-ranking business source – who met representatives of the company in question – indicated it would be the firm’s preference to locate in Castletroy.

But, while Limerick is on the short list, other locations in Ireland have been visited.

Despite Northern Trust employing close on 700 people, many company bosses feel there is a shortage in the talent pool, and attracting top professionals to come work and live here is a big challenge.

More than 1,300 IDA-backed jobs came to Limerick in 2015, statistics earlier this year showed.