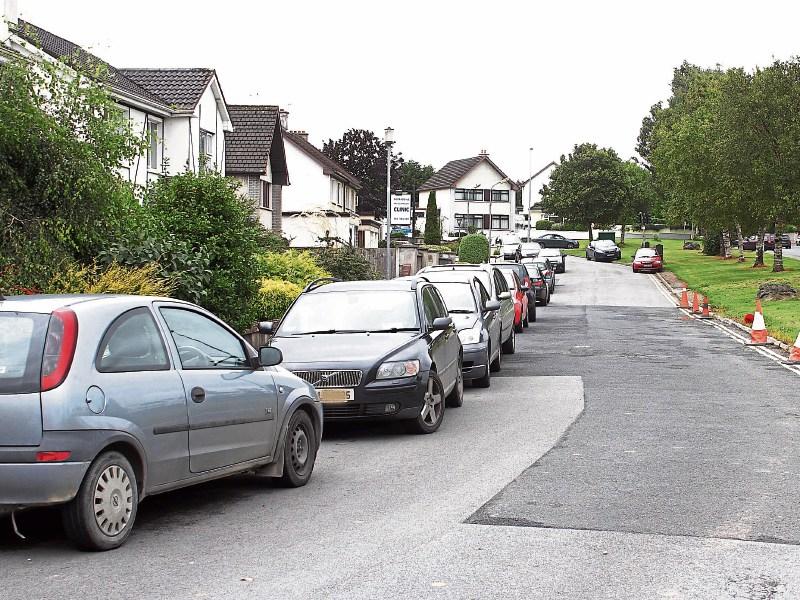 Residents are angry that many people visiting the hospital are using their estate to park Picture: Michael Cowhey

A NEW underground car park providing 170 new spaces at University Hospital Limerick  (UHL) should be open by the end of the month, the HSE has said.

It comes as frustration among local residents in Dooradoyle grows about cars parking in and around their estate causing gridlock.

Speaking to Live95FM, two residents of the estate which lies just behind the Maxol garage at St Nessan’s Road, say builders, hospital staff and visitors are blocking driveways, and parking on greens.

Tom, who did not give a surname, said: “Our estate has turned into a glorified car park: I could look out of my window, and there are four builders vans parked in extra bays for residents with only one-car driveways. You might as well put a builders sign on the spot to say: this is where we park every morning.”

Another resident Margaret, added: “You’d nearly think people consider it their right to park at a green area. This is the attitude they give you. They abandon their car, say ‘so what’, and give you the finger.

Local Sinn Fein councillor Malachy McCreesh said many hospital staff members are making a conscious decision to park in estates neighbouring the hospital, due to the ongoing construction work on the new critical care unit.

“The reason for this is that in the evening-time when they are trying to get out, there is a massive delay due to the construction traffic,” he explained.

In a statement UHL confirmed parking provision will rise by 170 when the new car park opens.

But Cllr McCreesh said he was previously told the car park would be open by July – and these new spaces will be offset by the loss of 90 spaces at an interim car park at a former helicopter pad, which will close.