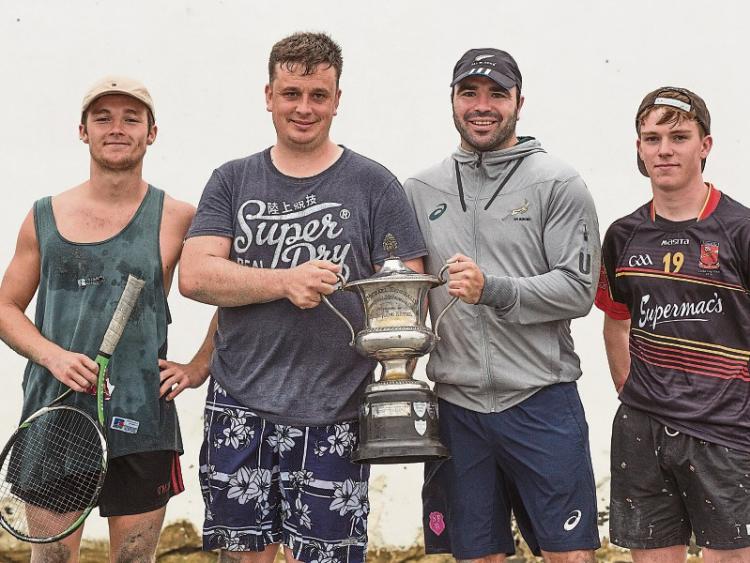 AFTER a fiercely competitive racquets tournament final at the alleys on the beach in Kilkee, a Limerick duo retained their title for the third consecutive year.

Corbally duo Paul Conway and Eoghan O’Byrne were again victorious in the event, which traces its roots back to the 1940s.

The tournament was run over two days on August 6 – 7, with the prize on offer the Michael Kenneally Perpetual Memorial Cup. The final was a repeat of last year, with London’s John Dinneen and Limerick’s Joe Gleeson again facing the reigning champions.

After an extremely close final, the duo of O’Byrne and Conway retained their crown.

A junior event was won by Fred Barry and Aidan Kearney, future stars of the game, one that is unique to Kilkee.

Eoghan said the tournament, which was graced by actor Richard Harris in his youthful pomp, was “growing year after year and was a huge success, attracting great crowds throughout the weekend”.

“The aim is to grow it next year with three distinct competitions, male, female and junior," he added of the tournament, which was sponsored this year by Ken O’Connell of O’Connell’s Bar in Annacotty in conjunction with Naughton’s Restaurant and Hickie’s Bar in Kilkee, as well as Limerick Printing.