'Picture of me led to 28 suspensions': Limerick teacher 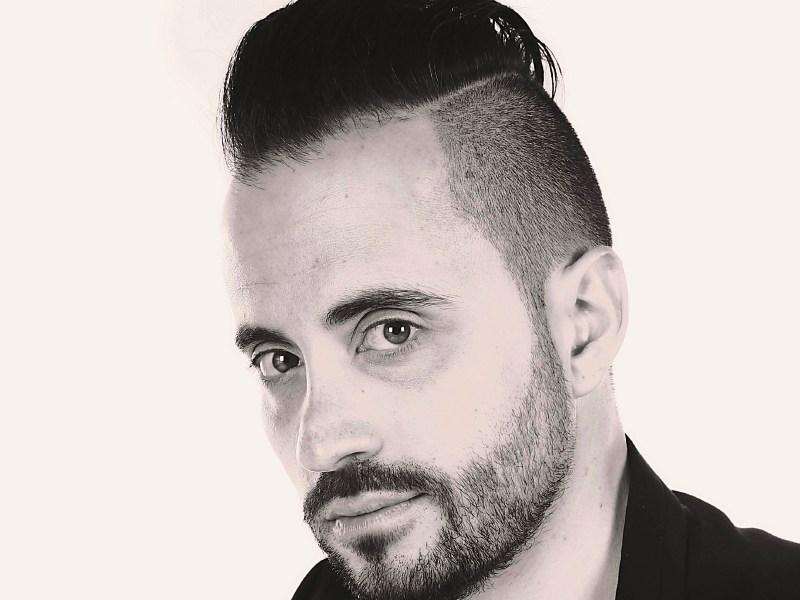 MR GAY Limerick 2016 has revealed that it was a photo of him and derogatory comments made on a Facebook page which led to the suspension of 28 students in Croom.

In the high profile incident, the students were suspended by Colaiste Chiarain school principal Noel Malone in March 2013, after they ‘liked’ an inappropriate post on Facebook about a teacher - Dr Christian Moretti, the current Mr Gay Limerick - at their school.

Speaking for the first time about this incident, Dr Moretti, who teaches Spanish and Italian in the school, said while some people viewed the decision as “harsh”, a lot of positives were gleaned from the situation for all involved.

He did not wish to elaborate on the exact wording of the remarks made about him, but said the photo used online was of him pictured at a school sports event.

“I was called outside the classroom by one of my colleagues, who told me he had something to tell me which might upset me. People had been researching about the school online, and they came across a Facebook page about the school, where students had been making some jokes about the school.

“Most of the material on the site wasn’t serious; it was supposed to be a funny page. But one of the images on the site included me and some derogatory comments regarding my sexuality.

“It wasn’t a nice message. I started laughing at it originally, and then I couldn’t believe it.”

Dr Moretti, an Italian native who has been teaching in the school for six years, praised the actions of principal Noel Malone, in taking the decision to suspend the 28 students.

“He made sure that I was fine psychologically.  Before suspending them, he had a meeting with all the students and explained why he was doing this. The students said that they felt it was fair and that they understood.

“Nearly all of the students sent me a letter of apology or approached me personally after that, and some of them came to me in tears and were mortified about what they did or said, and said they would never do it again.

“I emphasised to the students that a lesson had been learned and the need to be careful about what you like and share on social media sites, because it spreads and it can affect others. They really learnt their lesson and that was great. Everyone learnt a lesson – from the students to the teachers and the management.”

He explained that Facebook refused to take down the page, saying that it didn’t violate their terms and conditions, but he said the page was eventually taken down, possibly by one of the students involved.

He said the majority of his colleagues were supportive of the action that was taken and said all the parents involved were “extremely supportive”.

“Nothing like that ever happened again. We have a strict cyber bullying policy in the school, and there are avenues for students to discreetly post messages to staff if they feel they or anyone else is being bullied.

“I’m highlighting this because I want to give visibility to the issue – not to myself.”

After winning Mr Gay Limerick earlier this year, Dr Moretti said that he wants to raise awareness and combat homophobic and transphobic issues across the second level education system.

The 32-year-old said bullying of gay, bisexual or transgender students in schools “is a huge issue unfortunately”, but he has an avenue to address these issues in Croom through his SPHE (social, personal and health education) class.

At the time, Mr Malone defended what he described as an “unprecedented” decision to suspend the students insisting they had breached the school’s anti-bullying policy.

“Obviously it’s a very sensitive matter for the people concerned but what I can say is that certain inappropriate postings on a newly created Facebook page, not part of the official school website or an individual student’s website, was brought to my attention. I was quite shocked because it involved a violation of the acceptable usage policy of the school while bordering on issues of cyber bullying and also a gross invasion of a member of the school community’s personal life and I was very concerned about it,” he said.

“I am 14 years as a principal here and we have technology from left, right and centre and even for someone as tuned in as I am I thought it was staggering to think that this was going on,” said Mr Malone.

Mr Malone insisted he thought hard before suspending the students and said the parents of those concerned were for the most part “very supportive” of his decision.

“It was a very difficult and delicate situation the vast majority [of parents] made contact and expressed their horror. A number insisted both father and mother coming in to see myself or the deputy principal to express their horror at what happened. A lot of people sent cards,” he said.

“Basically, the school would take a very strong view on this, we need to constantly be vigilant to protect all our school community.”