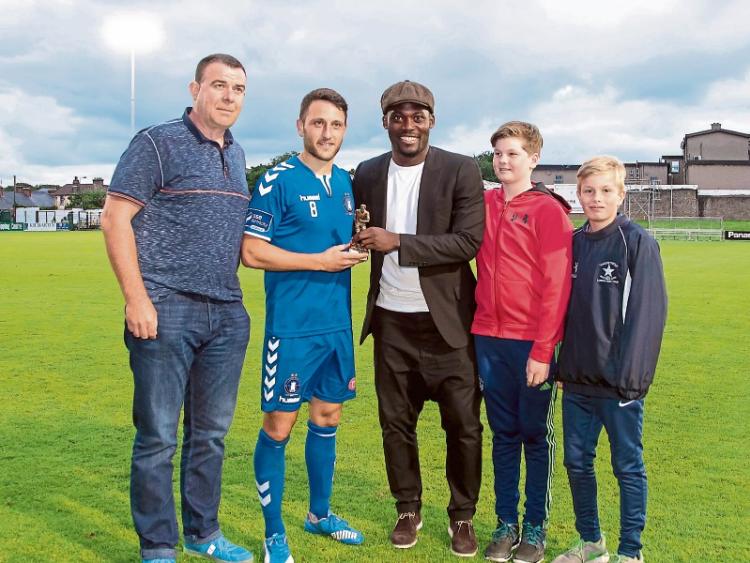 LIMERICK FC have already forged links with English Premier League clubs Arsenal and Sunderland – now there are hopes they can add Chelsea to this list.

There are high hopes the Blues could visit the Super Blues in Limerick after the London club’s former record signing Michael Essien raised the prospect of such a visit in a letter to Limerick FC chairman Pat O’Sullivan.

The former Chelsea midfielder was recently in Limerick at the invite of Mr O’Sullivan, where he watched the Super Blues beat Shelbourne 2-0 at the Markets Field.

And Mr O’Sullivan has revealed the Ghanian star was in touch with him after his visit to state how impressed he was with Limerick.

Mr Essien also questioned why Chelsea or Real Madrid – two of his former clubs – could not pay a visit here.

Speaking on the Down to Business show with Bobby Kerr on Newstalk – which was held at the Hunt Museum – Mr O’Sullivan said: “We see sport tourism as being huge for this city.”

He added: “I brought Michael Essien, the Chelsea footballer, over for a visit recently. He stayed in the Savoy Hotel. We took him discreetly to other hotels for him to have a look at them. We took him to Thomond Park and UL.”

And Mr O’Sullivan revealed the star was in contact, stating his disbelief at how such excellent facilities existed in Limerick.

“He could not comprehend how there were such good facilities an hour from London. He could not believe they existed. He asked why could Chelsea, and Real Madrid not come here, stay in this city, train in this city? It is just unbelievable,” he told the show.

Limerick FC are just one point from making an immediate return to the Premier League with six games to spare after beating Cabinteely 2-0 at the Markets Field. They face UCD in their next tie, away on August 26.

Limerick previously welcomed Manchester City in 2012, with the then Premier League champions running out 4-0 winners at Thomond Park. Liverpool have also played in Jackman Park in recent years.