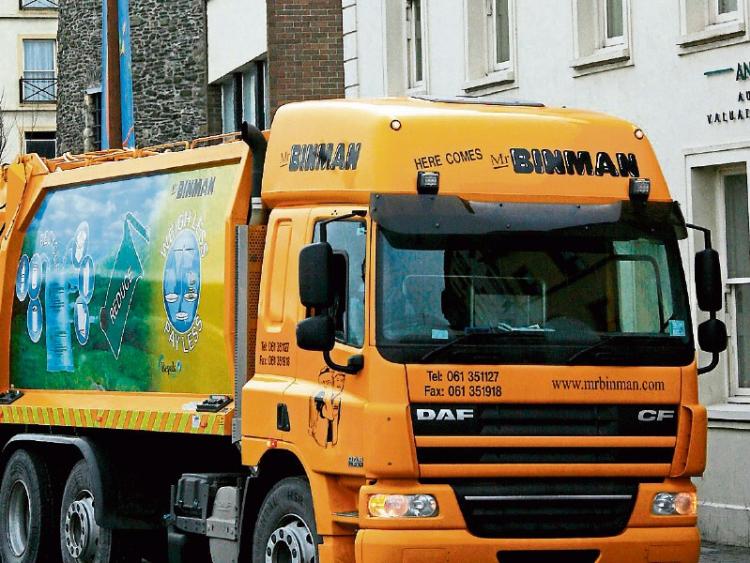 LIMERICK councillors have given a mixed response by plans from Mr Binman to build a new waste transfer plant on the Dock Road.

As revealed by the Limerick Leader recently, the waste firm is seeking to construct the plant over two stages on a four acre site close to the Ballykeefe roundabout near the Irish Cement plant.

But the project is proving to be controversial, because of the fact up to 90,000 tonnes of waste will be handled each year, with Cllrs Daniel Butler, Sean Lynch, Malachy McCreesh and John Loftus already speaking against it.

Cllr James Collins has also expressed concerns, while Cllr Joe Leddin has been more conciliatory, welcoming the investment at a recent meeting of the authority.

Cllr Collins pointed out the presence in the area of the Bunlicky waste water treatment plant, light retail units, a currently-stalled plan for housing, and Mungret Cement, which is in itself the subject of controversial process changes.

“It is very difficult to see how these can all operate together properly. You’re going to have people living nearby many industrial sites. Mr Binman will go in and say there will not be a foul odour, it will be treated and sealed. But how realistic is this? Will it always be the case?”

However, Cllr Leddin believes the days of “a mountain of rubbish” piling up – as Cllr Butler fears – are at an end, claiming his constituency colleague’s complaint is “spurious”.

“I am a bit surprised [at the objections].It is not in a residential area. We are talking about a company creating 30 permanent jobs, and a lot more jobs in the construction stage. Where else would you locate it other than somewhere strategic on the outskirts of a city close to a motorway and transport links,” he added.

But Patrickswell-based councillor Lynch said: “It would not be fit for purpose, and it would pose a huge health risk”.

Cllr McCreesh has called for a full public consultation on the scheme, while Cllr Loftus believes the land could be used instead for park and ride.

Mr Binman – which has 52,000 customers across the region – closed a similar facility at Luddenmore in 2012.