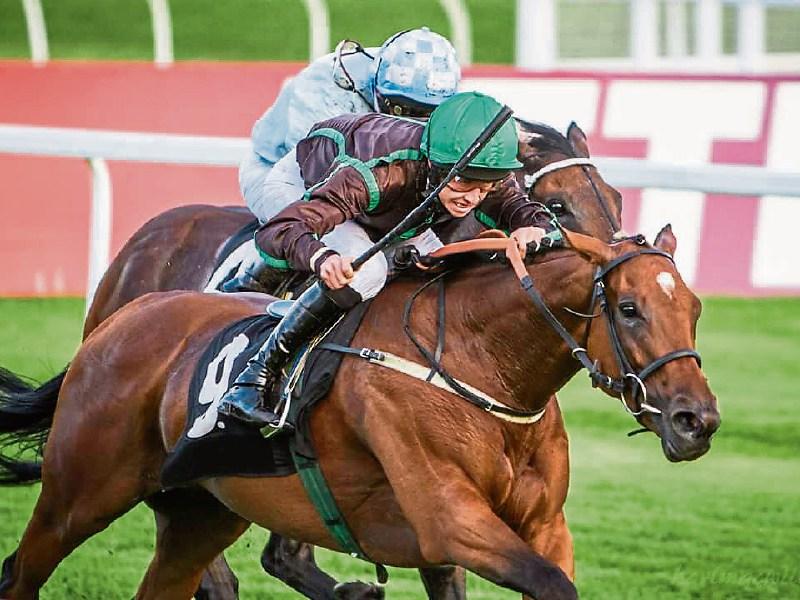 A COUNTY Limerick jockey who has been making a name for himself in the UK has had his season cut short after breaking his pelvis in a nasty incident at Ralph Beckett's yard.

Patrick O'Donnell, a native of Herbertstown, is facing into a long rehabilitation period after being discharged from hospital last week.

The apprentice who has 13 winners to his name in 2016 including a valuable handicap at Newcastle’s Northumberland Plate meeting on the trainer’s Mr Bossy Boots, fell from an unruly horse and broke his pelvis.

He was injured when the horse flipped over. The 20-year-old who rode trainer John Gallagher's Ladweb to victory earlier in the season, is now recovering from an operation to fix the fracture and has had a plate and screws inserted.

“He had other internal injuries. It happened on the gallops. It was an unfortunate injury,” explained Patrick’s uncle Cllr Bill O’Donnell.

“He was discharged from hospital last week and he is gone up to my sister who lives in South London. He is gone there to convalesce.”

The former Glenstal Abbey School student is in his third year in England as an apprentice to trainer Ralph Beckett.

“He was doing very well. He had a breakthrough season last year and he was building on that this year when the unfortunate accident happened.  Any of us involved in racing accept that it is part of horse racing and you pick yourself and get on with it. Patrick will be looking forward to getting into rehabilitation.”

“In the previous week he had ridden his first double in Newcastle which included the feature race on the day so he was having a great year building on his breakthrough season last year. Unfortunately, this happened. We are very hopeful that he will make a full recovery.”

Patrick is a son of former jockey and current trainer Pat O’Donnell and his wife Una who reside in Herbertstown. Pat is best known as a trainer for his Coral Cup win with Chance Coffey at Cheltenham in 1995.

It is expected that Patrick will be going to one of the Injured Jockey’s Fund facilities for rehabilitation.

“ I would imagine that he would be going to Oaksey House in Lambourn,” said Cllr O’Donnell.

Last year the rider took home £1,250 through the inaugural Conundrum and Newbury Racecourse Champion Apprentice Award, for having the most winners there out of those in the weighing room of similar experience.

Patrick completed his apprenticeship with Tommy Stack in Tipperary before moving to England.