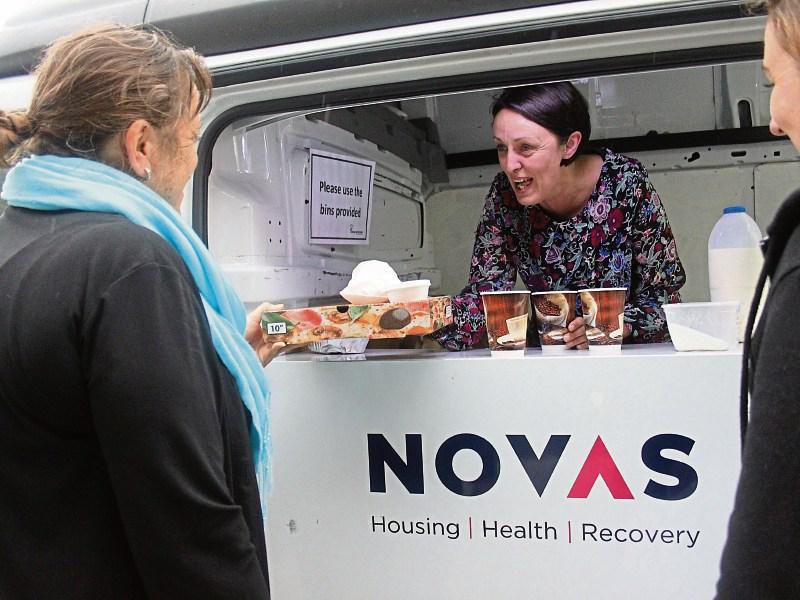 A NEW scheme is inviting people who order a take-away meal to add several euro to the cost to help a homeless person have a meal.

The scheme invites customers to add €1, €2 or €5 to their order, which in turn will go towards providing a takeaway meal for a person experiencing homelessness.

At the time of ordering, customers can set the donation amount and then tick a box to choose whether their money goes towards the cost of a burger, pizza, Chinese meal or other takeaway type.

The ‘Give Away’ fund will cover the cost of the food, whilst the Novas and other charities in major cities in Ireland will help distribute the food.

Since the fund originally went live back in February 2016, thousands of euro have been raised and there are enough funds in place for several more food drops over the coming months.

“This ongoing campaign is designed to offer our customers a chance to give hot food directly to those in need,” said managing director of Marvin.ie, James Galvin.

“Takeaway food is often purchased as a treat item for many people, and hopefully with the support of local homeless charities, this new scheme will continue to facilitate the ability to share that treat experience with those less fortunate”.

A spokesperson for Novas said: “The food donated through marvin.ie not only reduces the cost of running the Soup Run but it also provides a welcome change from the food normally available through the service.”

The scheme is already in place in Denmark.

Referrals to Novas in Limerick increased by a staggering 184 per cent in the first quarter of this year, in comparison to the same period in 2015.

Una Burns, the homeless agency’s business manager, said in the first three months of 2016 their family service was operating at 25 per cent above capacity, supporting 50 families a month, with more and more people “presenting in crisis”.

The out-of-hours service has seen an increase in referrals of almost 250 per cent in the same period, while McGarry House on Alphonsus Street in the city saw referrals increase by a staggering 400 per cent.

Novas maintains a soup run in the city, co-ordinated on a voluntary basis by staff member Sinead Carey, and run entirely by local volunteers seven nights a week.

The food is distributed outside the former Ferguson’s Chemist premises on O’Connell Street.

Because of the exposure the soup run received following the airing of The Secret Millionaire in September 2012 and the generous donation of philanthropist Richard Mulcahy, Novas was thereafter in a position to roll-out the service to provide sustenance every night of the week. Last year some 4,000 meals were distributed to the needy in Limerick city. More volunteers are sought.