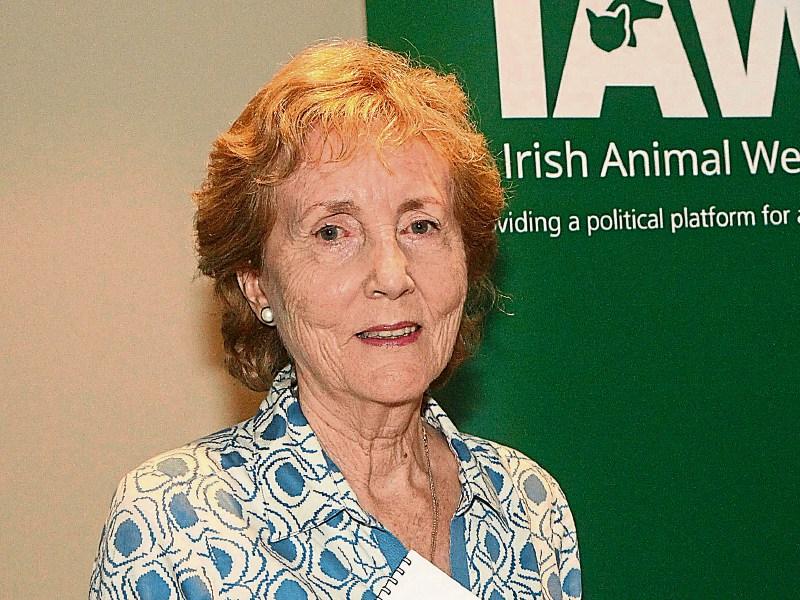 LIMERICK Animal Welfare is at “breaking point”, and its chairperson Marion Fitzgibbon says she is “fit to cry” at the lack of support for the charity.

It follows a Bank Holiday weekend, where the charity was asked to take in 15 dogs, 30 stray cats, as well as three feral foals.

And the problem has become so bad, Ms Fitzgibbon says she has been asked to stop bringing stray horses to the charity’s sanctuary in Kilfinane.

She feels her charity has been left to cope alone.

“Limerick Animal Welfare is out picking up horses day and night. There is no service in Limerick any weekend, and holiday Monday, and Christmas, and any Easter,” Marion said at the launch of the Irish Animal Welfare Party at Pery’s Hotel.

She added: “I want Limerick Animal Welfare to be prioritised by Limerick City and County Council. They will tell me they have no telephone number, they have no budget. They cannot provide the service. I am sick of listening to it for 45 years. We cannot cope, we do not have the funding. I need more staff, more land.”

Two foals were picked up by Limerick Animal Welfare volunteers in Southill, after it is understood their mother was taken away to the pound.

In another incident over the weekend, the charity’s volunteers found a horse whose leg had been caught under the root of a tree.

“It practically severed her leg. She had to be pulled out. I don’t know how long she has been like this. But the poor mare had to be put down," Ms Fitzgibbon reported.

As for the remainder of the sanctuary, Ms Fitzgibbon said: “I have 80 kittens below, I have spayed and neutered 30 kittens the other day. This situation is out of control too, but at least I can pick them up. Nobody is taking dogs in. I have seven dogs taken in on Friday evening, and this morning I was asked to take eight. It means I have 15 from two days. But I cannot pick up horses.”

Anna Gallagher, a volunteer with Limerick Animal Welfare, says the weekend’s incidents must surely see calls increased for a horse project in either Moyross or Southill.

“Since I have come in, I have been doing a lot of work in Southill and Weston, and have come across  some really great kids. All they want is this project. And the money is there for it. The problem is no-one is listening,” she said.

Ms Gallagher also warned: “We are losing a generation.”

On the incident where the mother of two foals was allegedly impounded, she added this was “horrendous in anyone’s case”.

“The foals would have been following her and screaming for her,” Ms Gallagher explained.

“We need to sit up and take notice of what is going on. People report these problems in areas like Moyross and Southill, but nothing gets done,” she concluded.

Calls for a horse project have been ongoing for a number of years.

It is illegal to graze horses in the city without a licence. And these are rarely, if ever, given out.