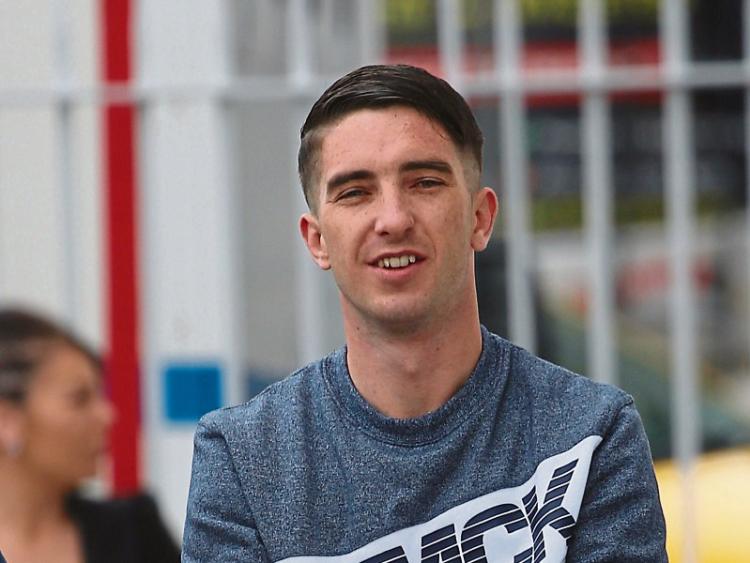 A YOUNG man has been jailed for his role in a violent street fight outside the social welfare offices at Dominic Street.

Kurt Ryan, aged 23, of Cliona Park, Moyross pleaded guilty to a charge of affray relating to the incident which happened at around 2.30pm on April 14, 2015.

Detective Garda Dave Burke said Ryan became involved in an altercation with four other young men following a chance encounter in the foyer of the Intreo offices.

He said those involved were from “rival factions of a feud that has involved serious violence”.

One man is seen to take off his jacket before the fight, which lasts for less than a minute, outside the building.

Det Garda Burke said defendant and another man, who was prosecuted separately, were the main protagonists in the fight which was witnessed by a garda who was on secondment to the Department of Social Protection.

No weapons were used during the street fight and nobody sustained serious injuries.

Mark Nicholas BL, said his client was inside the Intreo offices “minding his own business” when the other four men walked in.

While accepting the scenes on the public road were unacceptable, Mr Nicholas said it was difficult to make out who did what.

However, referring to the CCTV footage he said at one point his client can be seen retreating back into the social welfare offices to seek refuge.

“It was an unflattering event but it didn’t last long and the level of aggression rose and fell very quickly,” he said.

Imposing sentence, Judge Tom O’Donnell said the level of aggression and the hostilities shown by those involved were a serious concern.

He said an aggravating factor was that the incident happened in broad daylight in a busy area of the city centre.

“The citizens of Limerick are entitled to be protected from this unacceptable behaviour,” he said

He accepted the fight had erupted following a “chance encounter” and that it didn’t last very long.

The sentence was backdated to January 28, last meaning Mr Ryan is likely to be released in the coming weeks.

The defendant, who has a number of previous convictions, smiled and cheered as he was being led back to the cells following the sentencing hearing.