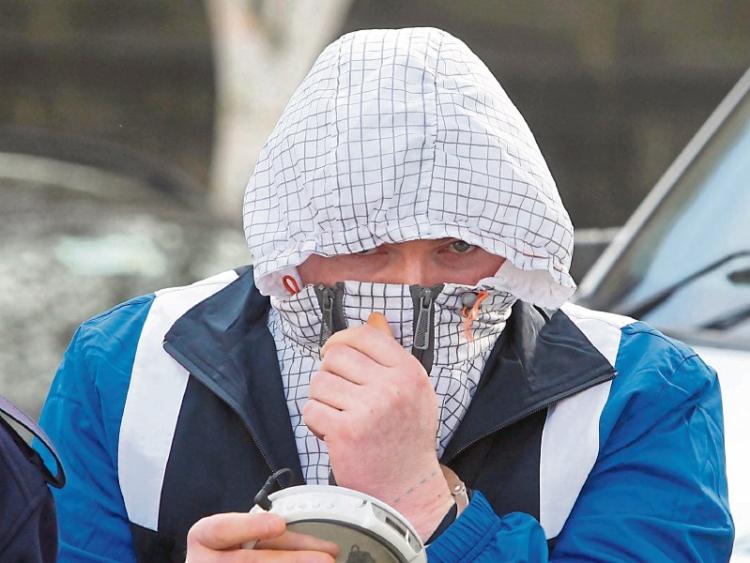 A MAN who intimidated a staff member at an off-licence, which he robbed the night before, has received a three-year prison sentence from Limerick Circuit Court.

Noel Price, 38, of Kileely Road, Kileely, pleaded guilty to threatening and intimidating a potential witness at an off-licence on the northside of the city on August 26, 2015.

He was charged with robbing 24 cans of Devil’s Bit cider, worth €33.98, from the same off-licence a day earlier.

Garda Ciaran McCarthy, Mayorstone station, told the court that Price entered Fine Wines in Thomondgate with another male who absconded from the scene, after they observed “acting suspiciously”.

Price told the manager that night ‘I know where you live’, after which the manager pressed the panic button for assistance.  The next day, after gardaí visited his family home, he returned to the off-licence and requested the manager. The manager was not present, and he told the staff member that if they called the gardaí again he would ‘kill the manager’ and that he would ‘terrorise the shop’.

CCTV footage was obtained, and following his arrest on September 2, 2015, he admitted that he could be seen on CCTV.

Defending, Mark Nicholas, BL, said Price made a “snatch for drink” and was “intoxicated or on stuff” at the time. He said his client didn’t produce a weapon nor did he approach the till. Mr Nicholas said his client now expresses remorse for what he did, adding: “It was utterly stupid that he tried to pay for what was stolen the night before”.  He said there was a “heated exchange” when Price returned to Fine Wines, but nothing manifested from this exchange.

Judge Tom O’Donnell imposed a three year sentence for robbery, backdated to September 30, 2015, when he entered custody. He also imposed a concurrent four year sentence on the intimidation charge, suspending the final year.

Under the latter, he has to keep the peace and be of good behaviour for four years.

The court heard that he has a “significant number” of previous convictions dating back to 1995, including for possession of firearms, knives, arson, assault, burglary, assault causing harm, unauthorised taking of a vehicle and endangerment.