THREAT:  13-YEAR-OLD BOY WAS TOLD HE WOULD BE SHOT 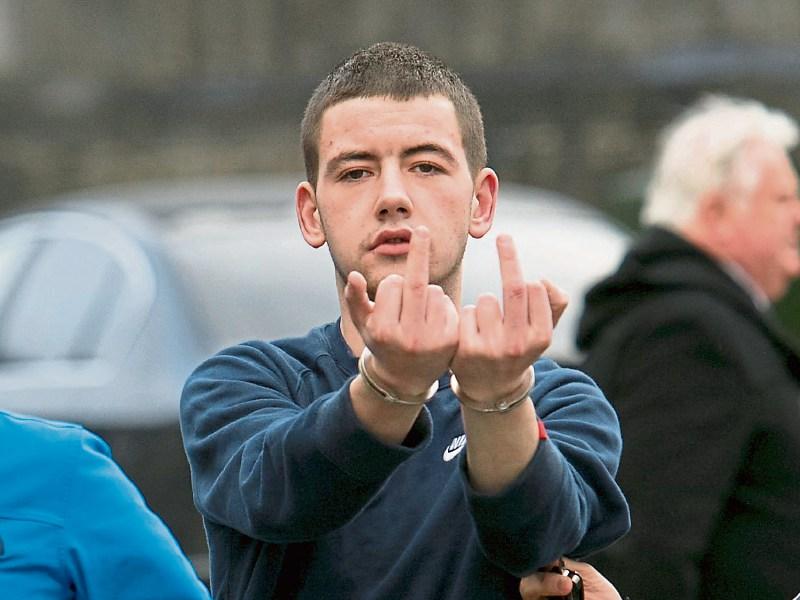 A YOUNG man has pleaded guilty to robbery charges relating to a 20-minute “violent crime spree” during which a 13-year-old boy was told that he would be shot.

Clyde Keogh, aged 20, who has an address at Ballyclough Avenue, Ballinacurra Weston, faces three counts of robbery and one count of attempted robbery relating to incidents which happened on the morning of January 25, last.

When arraigned at Limerick Circuit Court, the defendant admitting robbing mobile phones, each worth hundreds of euro, from three teenagers.

The phones which were taken included a Samsung S3, a Sony Experia and an iPhone 4.

During a brief hearing, the defendant also admitted attempting to rob another teenage student on the same date.

Keogh, who has a number of previous convictions, replied ‘guilty’ as each of the four charges were put to him by the court registrar.

Previously, Limerick District Court was told the incidents happened at around 8am in the Athlunkard Street and Lee Estate areas of the city.

The father-of-one was arrested a short time after the alarm was raised and has been in custody since as gardai strongly opposed a bail application.

Det Enda Garda Haugh further alleged that a 13-year-old boy was threatened by Keogh that he would  be shot if he didn’t hand over his mobile phone.

The defendant was extremely intoxicated following his arrest and could not be questioned for several hours.

Following an application from Brian McInerney BL, defending, Judge Tom O’Donnell adjourned the matter to October 25 next for sentencing.

On that date, he will hear details of the offences as well as submissions from Mr McInerney.

Each of the robbery charges carries a maximum sentence of life imprisonment.