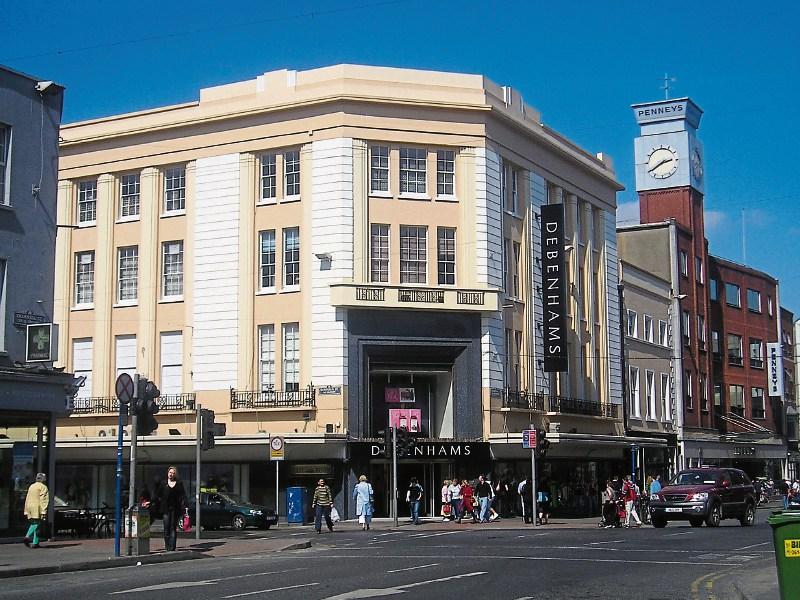 The Debenhams store at O'Connell Street in expected to remain open

LIMERICK’s branch of Debenhams looks likely to remain open after the way was paved for its parent company’s exit from examinership.

There were fears for dozens of jobs in May after an interim examiner was appointed to Debenhams Retail (Ireland), a wholly owned subsidiary of Debenhams.

It applied to the courts for a rejection of the current leases in place at four of its stores, including Limerick’s store in the heart of O’Connell Street.

This store is owned by Marathon.

Under examinership legislation, a company can seek to have onerous leases set aside if it fails to agree new terms with the landlord.

The courts cannot, however, set aside, any guarantees, given over the leases by its parent company, in this case, Debenhams plc.

With Marathon agreeing terms with Debenhams last week, it is now widely expected that the examiner Kieran Wallace, will put in place a scheme of arrangements with the company creditors safeguarding the chain’s future.

Debenhams, which has 11 stores around the country, is one of the city’s major retailers, occupying a prime spot at the junction of Sarsfield Street and the main thoroughfare.