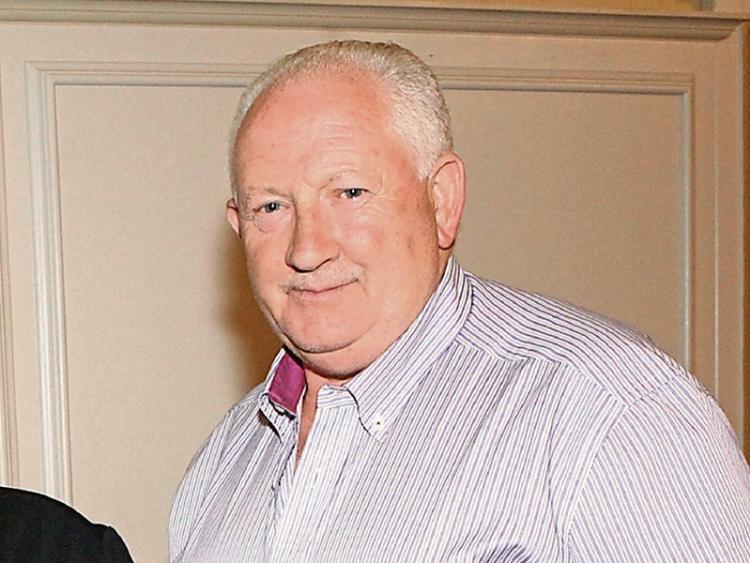 Gerry Molyneaux died in the early hours of Tuesday morning

THE GAA in Limerick has lost one of its most formidable stalwarts with the death of Gerry Molyneaux.

Gerry died in the early hours of this morning, to the great grief of his wife, Bernie  his three daughters, Louise, Cora and Caoimhe and other family members.

He had been airlifted from Ballybunion to University Hospital Limerick (UHL) on Sunday, after feeling unwell.

Gerry was just 60 years old, having celebrated his milestone birthday with a surprise party last October.

Originally from Knockaderry, Gerry was associated with the GAA all his life and was chairman of the West Board up to his death.

“He was associated with the West Board for more than three decades and served as chair, vice-chair, assistant secretary and PRO,” Johnny Walsh, the current vice-chairman said this Tuesday. Gerry was a well-known referee, selector and coach.

“He was an outstanding coach,” Mr Walsh said pointing out Gerry had coached teams all over Limerick and Kerry, both in hurling and in football. “He got the best out of any team,” he added. Gerry also  served as Kerry county senior hurling manager in 2006 and was also manager of the Limerick Intermediate Hurling team.

He was a Limerick selector for the Limerick minors who won Munster and All-Ireland titles in 1984 and part of the back-room team for the successful under-21 team of 1987.

“He has left an indelible mark,” Mr Walsh continued. “He always tried to promote sport at every opportunity. As late as last year, he set up a special innovative scheme for under-10 hurling. He was a visionary. He wanted to improve the standard of hurling.”

But, Mr Walsh said, Gerry was also a great family man, a gregarious and sociable man who was a great raconteur. “You would like to be in his company,” he continued. “He lived life to the full. He packed a lot into his life.”

Gerry also built a reputation as photographer for the West Limerick Observer, and he and his camera were a familiar figure at  sporting,  social, community and political events throughout West Limerick. His colleagues at the newspaper were mourning him this Tuesday.

A post-mortem is being carried out at University Hospital Limerick this Tuesday.

Funeral arrangements will be made known later in the day.