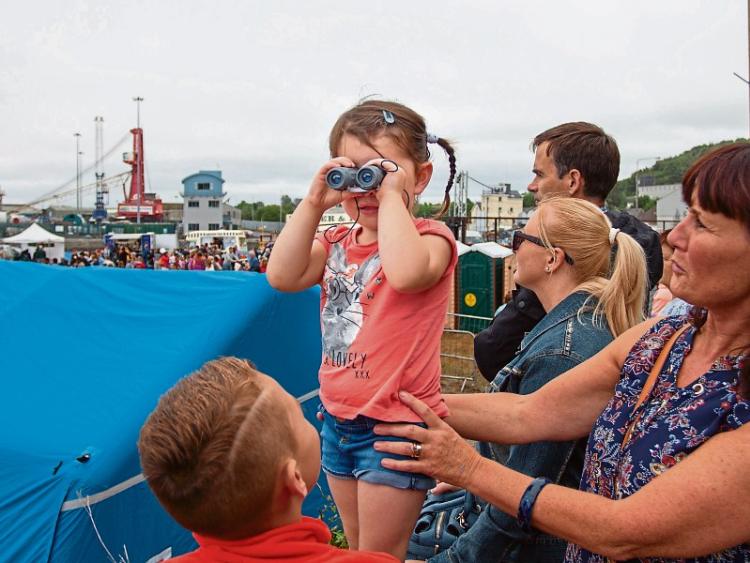 THE organisers of Sunday’s air show in Foynes estimate that between 15,000 and 17,000 people turned up to watch some of Britain and Ireland’s top aerobatic acts perform in the skies above the West Limerick village.

Low lying cloud delayed the start of the show and meant that some of the acts were not able to perform but, according to organiser Margaret O’Shaughnessy, this didn’t dampen the crowd’s enthusiasm and when the aerial spectacular did get underway, the performers got a rousing reception.

“It was a lovely family day out in that there were lots of things to do; we had a carnival, face painting, discovery dome, drumming circle and music all day,” Ms O’Shaughnessy said.

Among the highlights of the day were the spectacular Team Yakovlev in their Russian training jets.

Five-time Irish aerobatic champion, Eddie Goggins, impressed the crowd in his RV7, while David Bruton took to the skies in his unique Stampe byplace.

Also making an appearance were Lauren Richardson, one of the UK’s top female aerobatic pilots, and The Wildcats, a duo from Norfolk in a pair of Pitts Special biplanes.

The event was overseen by air show director Gerry Humphreys, with many of the planes using his air field near Murroe as a base. Mr Humphreys thanked all the sponsors, especially Limerick City and County Council and the Irish Aviation Authority, for their support.

Events on the day kicked off with a performance by the Band of An Garda Siochana on the main stage. This was the first of several musical performances throughout the day. The crowd was also treated to a cliff rescue display by the Ballybunion Search and Rescue.

A park and ride system was put in place to transport spectators from a temporary carpark to the village and back after the show.

Over 300 people were employed on the day to ensure that everything ran smoothly, along with a host of food stalls and other associated services.

Ms O’Shaughnessy said they have already started planning for next year’s air show.

”We will sit down this week and go through every iota of the day to see what we can improve upon for next year,” she said.

Sunday’s airshow was the third to take place in Foynes since the inaugural event which took place in 2014 to celebrate the 75th anniversary of the first transatlantic commercial passenger flight across the North Atlantic to Foynes.

It was one of only two air shows taking place in the Republic of Ireland this year – the other will take place in Bray, Co Wicklow this weekend.