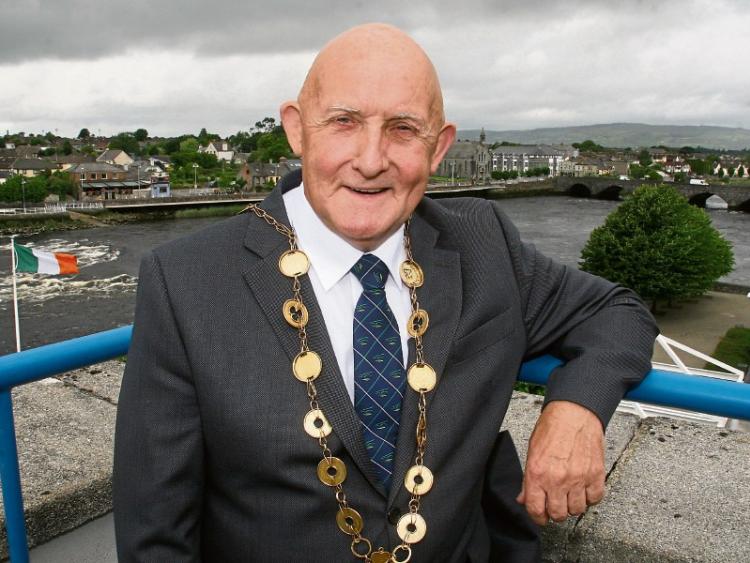 LIMERICK councillors approved five trips abroad this week – and there are more to come if Mayor Kieran O’Hanlon has anything to do with it.

Limerick’s first citizen has previously said he will make no apology for travelling abroad to represent the city and county, and at this month’s full council meeting, he left Anti-Austerity Alliance councillor Cian Prendiville in no doubt as to his plans.

After members approved visits to Birmingham, Greece, London, a twinning visit to Hohenlohe in Germany, and a retrospective trip to Bordeaux in France, Cllr Prendiville expressed concern over the costs.

“I would like to make an enquiry on the budget for these trips. Which budget is it coming out of? These trips will add up to €10,000. Is this the end of your international trips,” he asked the mayor.

In response, Mayor O’Hanlon struck back: “It most certainly is not, I can assure you”.

It was agreed deputy mayor, Cllr Noel Gleeson would take part in the visit to England’s second city for the Birmingham Association’s annual function in September. This will cost €562.36, the council states.

Mayor O’Hanlon will take part in the visit to London to attend a memorial service for Freeman of Limerick, the late Terry Wogan at Westminster, a trip which – along with council staff – will cost €718. He will also attend the Greek island of Rhodes, having accepted an invite from his counterpart there to the unveiling of a memorial for the three Limerick women who died in a restaurant fire.

In terms of the twinning visit to Hohenlohe, the Fianna Fail party leader said: “We will be looking for expressions of interests from all parties. So it will not just be a Fianna Fail/Fine Gael trip. And to put Cian Prendiville’s fears at ease, I am proposing a cap of €10,000 for this.”

Under bye-laws agreed among city and county councillors, all trips need to be costed and approved by members.

In an interview following his election, Cllr O’Hanlon said: “I make no absolutely no apology for travelling. People can call them junkets if they like, but I think it is important we sell ourselves abroad.”