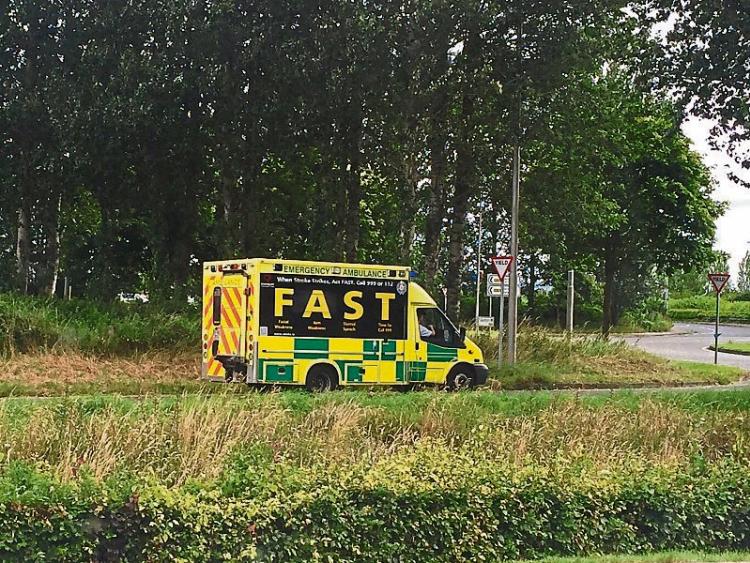 GARDAI in Limerick have confirmed that they have received numerous reports from the public about a man walking naked on the outskirts of the city.

In another unusual twist, passers-by reported that the man, who is black, left behind his clothing and a Bible along the route.

The man, whose age and identity is not known, was observed by many motorists and walkers close to Ivan's on the Ennis Road, walking in the direction of the Coonagh roundabout.

Gardai at Henry Street station in the city confirmed to the Limerick Leader that they received numerous reports regarding this incident this Wednesday morning.

An ambulance was dispatched to the scene to determine the man's welfare.

Their crew was observed wrapping him in a blanket at the roadside.

It is not believed that any criminal charges will be forthcoming at this time, pending further enquiries.

"I was driving along when I noticed a number of cars were stopping, and then I saw this black man walking along the road completely naked. A lot of people were staring and naturally very curious about how and why he had arrived there in a state of undress," one caller told the Limerick Leader.

Nicky Larkin, an artist living at the Ennis Road, reported that he was walking past the bus stop outside the Jetland shopping centre on the Ennis Road this morning, where he found a number of items including a pile of clothes, a pair of shoes, nail-clippers, reading glasses and a leather-bound book on the bus-stop bench.

"It looked like someone had been kidnapped, but forced to strip first," he said.

"I didn't know what to do, so had a closer look to see what the book was – The Bible.

He added: "His clothes are still there, two hours later, at the bus-stop outside Jetland. Apparently he walked all the way out to the next roundabout towards Ennis, and he tried to go into a shop but was kicked out."