Andy Lee to visit his old training ground in Limerick 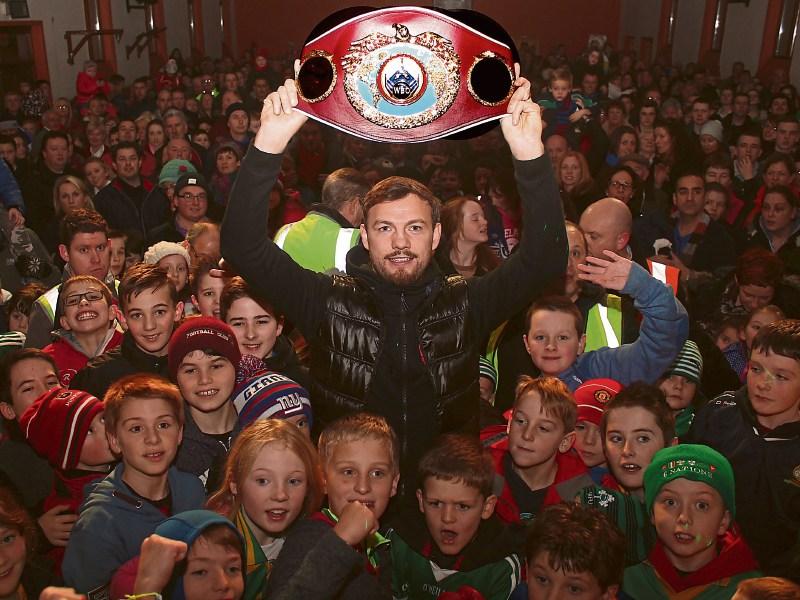 Andy Lee is greeted by a huge crowd to his native Castleconnell Picture: Michael Cowhey

FORMER WBO World middleweight champion and Limerick native, Andy Lee, will return to his old training ground for the official handing over of the keys to St Francis boxing club's extension.

The Athens 2004 Olympian, from Castleconnell, will be joined by club members and Irish Athletic Boxing Association officials, at the Mungret Street facility for the ceremony on Friday at 12pm.

Limerick City and County Council, through its Regeneration programme, recently purchased the building on Old St Francis Street to facilitate a "much needed extension" of the club.

The club, which is at full capacity with 40 members, will be able to take on 40 extra members once the facility is fitted out.

Limerick Regeneration programme manager, Carmel Kirby, said that the move was a “massive boost” for the city centre gym.

Lee, the former WBO champ, joined the club when he was 14 and was the only boxer representing Ireland at the Olympic Games in Athens 2004. He teamed up with famed boxing coach Emanuel Steward and moved to Detroit in December 2005.

He was crowned WBO middleweight champion in December 2014, but lost it to Englishman Billie Joe Saunders in Manchester last year.

Labour councillor Frankie Daly, who lobbied the council to purchase the property, said that “Olympic hopefuls will dream here” and that the club offers a “first class centre” for local youths who wish to get involved in the sport.

St Francis' is the oldest boxing gym in the country, founded in 1928.